Playing Hard to Get With Women

It’s with great pleasure that I can share a guest blog post with you written by my friend Richard Liso. Go right ahead, Richard!

Women are really masters of playing hard to get. In fact, they even do it subconsciously, and in many cases are unaware of their behavior. I am not sure how effective this tactic is in modern times, but it seems that nature has programmed women to behave this way.

And what about men? Well, it seems that we are not as natural as women in playing “Hard to Get”, but yet we do this often as well.

Playing hard to get is a part of the “game” between men and women. It creates attraction, and causes women to make efforts in order to get our attention. Over-interested men are also considered needy and unattractive.

This post was written for men, but women can learn a lot from it too, as the same techniques definitely work on men as well. 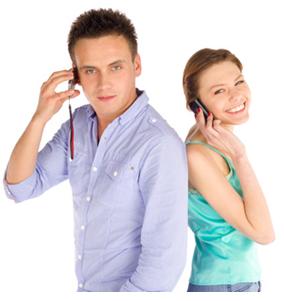 So how exactly do you use it, what are effective ways to play “hard to get”, and why it can also ruin your chances with women?

In psychology, there is a principle called the Reciprocity Principle, which means that we tend to like those who like us. Therefore, it seems that playing hard to get is not equivalent with the reciprocity principle, right?

There was an interesting study, published recently in Psychological Science Magazine. They recruited a group of female students, and told them that a group of men has seen their profile on Facebook, including basic information and photos.

Afterwards, the researchers showed every woman several profiles of those men, and they also reported how much every man has shown interest in them. Regarding some of the men, the researchers reported uncertain (both positive and negative) results, so the woman couldn’t be sure if the man liked her or not.

The results were interesting: First, when a man has shown interest in a woman, she also tended to show interest in him (which means that the reciprocity principle is true also about women).

However, the women tended to like the most, those men who didn’t reveal their full intentions, so the woman wasn’t sure if he likes her or not.

And here is what we can learn from psychology: in “Playing Hard to Get”, you should give women opposite signals about your interest.

For example: Being late for a date, but also texting her “Good night”. Or telling her how you love her, but then not answering her phone calls. The goal here is to make her uncertain about your intentions. 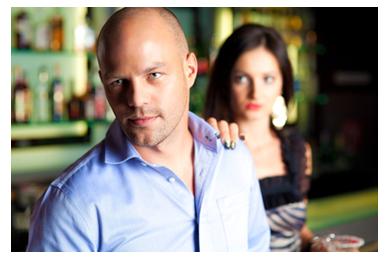 Another effect in psychology that is important in attracting women is called “The Effort Effect”. This effect is discussed a lot by the PUA Adam Lyons, and according to him, it’s the most important part of creating attraction.

The idea is simple: the more efforts a woman does for you, the more “invested” she will feel, and therefore her attraction to you will be stronger.

As an example, let’s say that you have a dream of getting a specific sports car. You decide to work harder and save money in order to buy that car. So you work, and work, and eventually you get enough money, and you buy the car.

Now, let’s say that in addition, you won a lottery and got another, same car. Now you have two cars in your garage, but of course you need only one. Which one will you sell? And which one do you love more?

You will probably prefer to sell the car that you won in the lottery, although the cars are totally identical. This is an example of the effort effect. As human beings, making effort makes us attracted.

The same happens to women. If a guy shows complete interest from the beginning, she might like him, but it won’t be as thrilling and exciting.

If you make her work hard, make efforts, try to impress you – she will be much more into you.

Make Her Think About You

When a woman thinks about you, something in her mind also creates an attraction towards you. That is one of the reasons, why some women fall in love with all those maniacs, who keep insulting and treating them badly.

When a woman has different signals from you, it can really drive her crazy, and women are even worse than men in dealing with this.

If one signal from you is a compliment that says “I like you and enjoy being with you”, and another one is “I am not going to pay attention to you because I’m going out with my friends”, she simply won’t be able to get you out of her mind.

As women always do, she will be gossiping about you with her friends. And she might rewind in her head all the conversations with you. And she will be checking your photos on Facebook again and again.

That’s exactly the result you want to get by playing hard to get – to get her thinking about you as much as possible.

Although we are talking about a powerful technique to create attraction, you should remember to use it wisely.

To be honest, I am always late to the first date with a girl. I do this because in many cases, the girl will be late too (women also play hard to get), and because It can be a great way to show that I am not needy. But when I’m late, I’ll always say that “I am sorry”, or find some other kind of excuse.

It’s important, because you don’t want to show that you planned to be late. It should be something that just happened. The woman will see this is as signal that you are not very interested, but not that you did it on purpose, and that’s exactly what you want to do.

Another example: I also love to stop answering her phone calls for a few hours. But I’ll always say that I was busy/with friends/didn’t see the call.

So keep it subtle. Make it as if you are really not sure if you are interested or not. And of course, as we discussed in the beginning, In order to make her attracted, you also need to give positive signals.

Playing Hard To Get will always be a combination of positive and negative signals.

Richard Liso is a fan of personal improvement and developing success skills. He also owns his personal blog about attraction and picking-up women.