When it comes to talking to women, knowing WHAT to say is huge.

It’s probably the most common question I get from guys, in fact.

And it’s just as important to know how to talk to a girl in a way that gets her sexually interested in you.

Let’s start off with a few things you shouldn’t say to a girl:

DON’T SAY THIS TO HER 1: Overly personal questions…

Some guys jump right into a rapid-fire interrogation of a woman when they meet her. It’s not meant to be scary or weird, just curious.

It’s not a job interview…

Remember, women are always sensitive and aware of the threat of possible sexual assault, so you have to be sensitive to this when talking to her.

DON’T SAY THIS TO HER 2: Complimenting her on her appearance…

There is a right way and a wrong way to bring up a woman’s appearance. Most guys use this hook as a way to flatter a woman, and it usually sounds douchey and lame.

You don’t want to launch into a speech about how hot she looks, or any kind of compliments about her body. That just feels way too weird up front.

DON’T SAY THIS TO HER 3: Bragging, or any kind of grandstanding…

Guys often feel like the most important thing to do when meeting a girl for the first time is to impress her.

This is usually the WORST thing you can do.

I get it, you want to stand out from the pack and look like a high-quality mating opportunity for her, but again it just looks douchey. Kinda like those mating dances that animals do to impress each other. 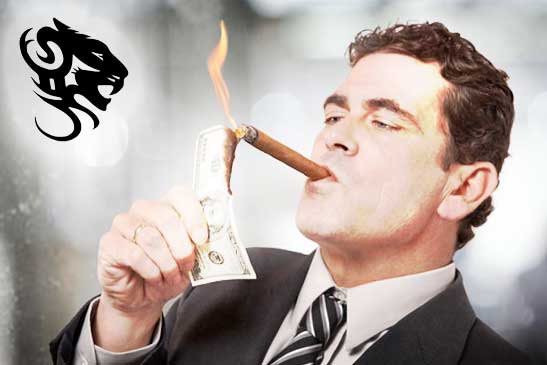 Don’t be THIS guy.

When a guy tries to impress a woman up front, he’s saying: “Hey, you’re the prize and I’m just a schmuck trying to win you over. I have inferior value, so I need to try hard to get your approval.”

The high value man doesn’t play this game. He knows that he wants HER to start trying to impress him as soon as possible in the conversation.

Don’t give your power away with this kind of needy behavior.

Okay, so what SHOULD you say to a girl?

Let’s cover a few of them:

Actually, you want to say this subtly, but you should give her a reason for your approaching her. Every woman knows WHY you’re talking to her – you want to bang her. It’s simple sexual science.

But she also wants to hear it in a way that tells her you’re confident and you’re going after what you want. That alone is flattering to her. 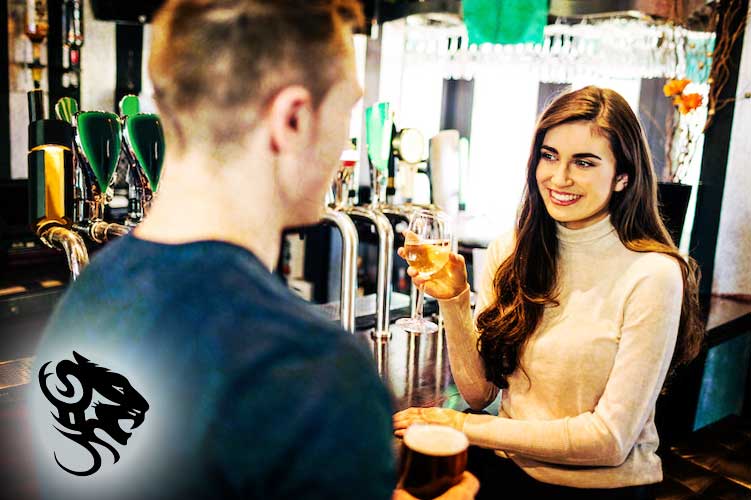 DOn’t let a good opportunity pass you by.

That’s a sure-fire opener that will get you into a conversation with just about any girl.

Just say it with a level of seriousness. I see a lot of guys that approach and talk to women with a tone that is goofy and awkward – and they’re doing it on purpose! Usually to avoid being vulnerable in the event they’re rejected.

The beauty of this opener is that she can’t reject you. You just started a conversation based on curiosity. That’s it.

Letting a woman know you’re impressed with her is a subtle way of implying that she is working to get your approval. It’s a great way of flipping the tables on her so that she doesn’t think you’re just some guy trying to kiss her butt to get into her bed.

During the course of the conversation, if she says something you find interesting – or approval worthy – just say: “Huh. I’m impressed…”

She’ll feel acknowledged, and she’ll instantly feel a little pull towards you that she can’t explain.

This one goes way back to the old “pickup artist” days…

Basically you tell her how you see her as being a “bad girl.” Women like this mostly because they’ve been framed by society as these pure, snow-white angels of virtue. Girls can do no wrong, we’re told over and over again. 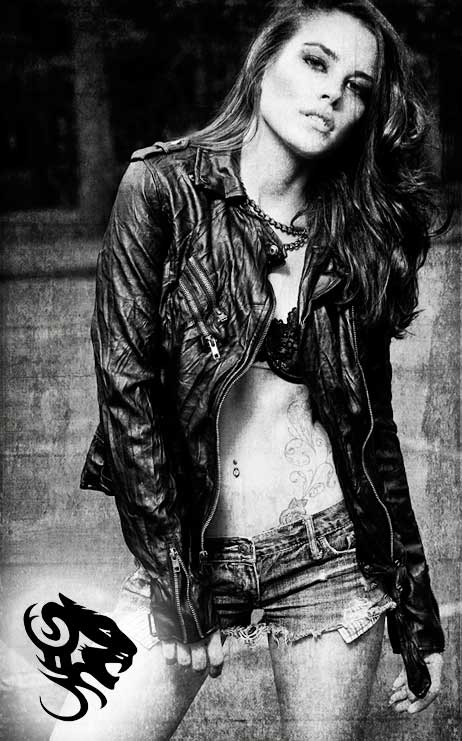 Nothing sexier than a woman who can handle her own…

And not only is this false, she’s also dying to find a guy that knows it and is savvy enough to bring it out in the light. To talk about it.

You’re not trying to brag your way into her world – you’re showing her that you’re seeing HER. This is a major turn-on for women.

They are obsessed with being able to cast a spell over the male mind… being so irresistible that you will crawl through miles of broken glass just to cry in her shadow.

Another way to covertly flatter a woman (while positioning yourself as a high-value Alpha man) is to tell her you’re changing your mind about her.

Now, she might not have had the first care about what you think of her – at first. But once you tell her that you’re starting to warm up to her:

Drop that attitude now, because it’s the one thing that has kept you stuck in the friend zone with most of the women you meet.

You want to imply that you’re just starting to warm up to her, and it’s surprising. Get her to understand how she needs to step up and work for YOUR approval.

Again, most guys spend far too much time agreeing with women.

Another way to spark some attraction is to pull back a bit in disbelief. You can do this with slight sarcasm, or just a hint of “yeah… rrrrright.”

As your conversation progresses, and you start to warm up to each other, find a ripe moment where you can just not believe something she says. 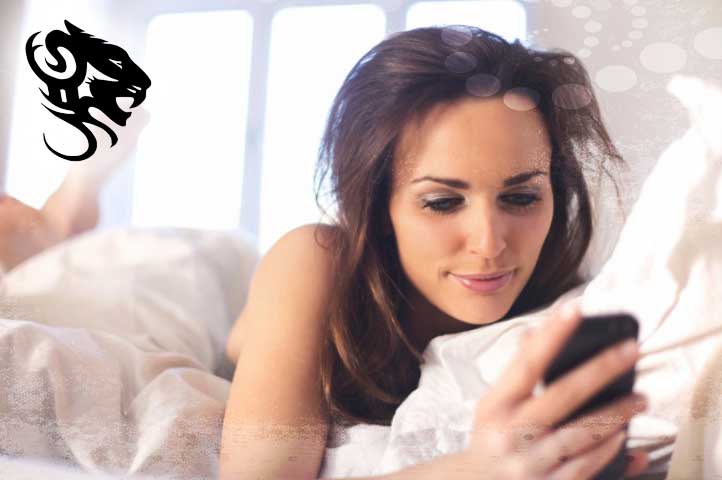 Pique her interest with a good challenge…

“Yeah, right… I bet you use that on all the guys you’re trying to escape.”

“No way. You’re definitely a ‘lease the Lexus’ kind of girl. I’m not buying it.”

It’s playful and fun, with a hint of teasing.

Again, in the vein of ‘things to say that reverse the roles…’

What you want to do is imply that she likes you, in a funny, non-douchey way. 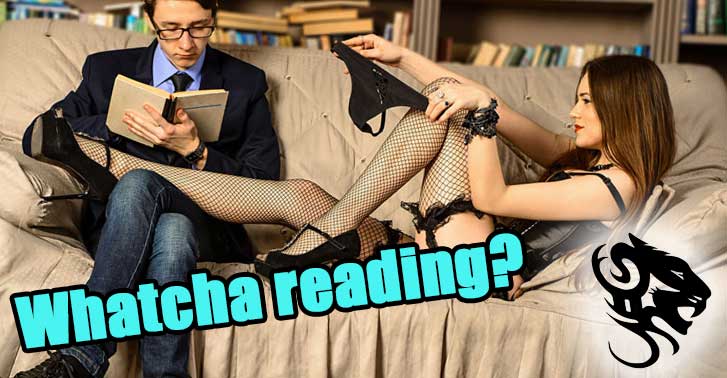 It’s your turn to play ‘hard to get’…

The humor should be there, of course. And it’s something that will get a laugh from her as well.

It’s also a way of breaking out of the usual routine of complimenting and kissing her ass all the time.

Just imply with an oblivious tone that she’s falling in like with you.

You have to realize that 99% of all guys say the exact same things to a woman.

Usually involving him pretending to want to be a friend so he can, maybe, sneak into being her boyfriend in some magical fantasy he’s concocted in his head.

The pretending to be a friend is, of course, just another way to avoid the risk of being rejected. And in so doing ensures that he only winds up as her friend.

You have to know the kind of fun, challenging things to tell her that will spark her interest. 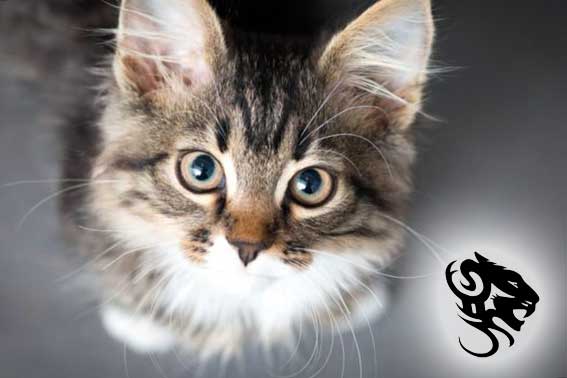 One of the best is to pretend that you’re both already dating, and now it’s over.

“Yeah, I’m thinking we need to breakup. I’ll take the cats, you take the microwave. Deal?”

For one, woman hate the “breakup zone” so she’ll instantly be triggered to WANT to connect with you by framing it like this.

For another, it demonstrates that you can push back and disapprove of her – heck, even present yourself as a guy who can break it off with a woman. Jokingly.

There’s a lot going on with this one, and it is all good.

And even more important, you need to know how to talk to women – and not have to memorize any lines…

Women are turned on by words, in fact.

But when you’re in the moment, face-to-face with a girl, you know you’re probably going to forget everything, right?

And that’s what usually stops guys from ever talking to a woman in the first place.

I’ve got the perfect solution for you –