4 Killer Ways to Stop Being Spineless Around Women

Have you ever been in a situation where a girl keeps shooting you down at every turn?

It’s like no matter what you do, she’s always coming up with some excuse not to take things further with you.

All you want to be is this swell guy who’ll take care of her, make her feel great about herself and basically NOT be like those other jerks orbiting her.

But there she is anyway, falling into the arms of some douche who doesn’t know the first thing about treating women right.

If you’re tired of losing out to other men and feeling like a hollow, emasculated shell of yourself, maybe it’s time for a change.

Let’s get into some ways you can drastically alter the way you deal with women so they’ll not just like you, but go out of their way to be WITH you: 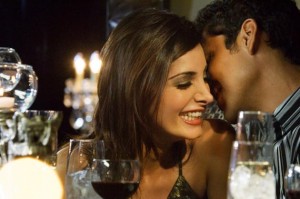 #1: Don’t Be Her Friend a.k.a. Teddy Bear Syndrome

Sorry to say, but you’ll never end up in her bedroom if you’re on the path leading you away from it. And that road is called “Friendship”.

Comedian Bill Burr once advised NOT to be the equivalent of a teddy bear to a woman if your goal is to seduce her. It’s a metaphor he came up for a guy who’s neutered himself for the sake of getting close to a girl.

Sad part is, this guy will never break through that “Let’s Just be Friends” glass ceiling because he already handed over his manhood without knowing it.

Case in point: have you ever gone out of your way to accommodate a girl’s outlandish whims or requests, like driving her around or helping her pick out her cocktail dress for her company dinner (and you’re not her “plus one”?).

Men need to stop this desperate, needy behavior that doesn’t bring them any closer to women. You’re only putting yourself in the same “compartment” of her life as her female friends.

So what’s a guy to do if he isn’t supposed to take the friends route with a girl?

I’ll tell you what you need to do instead – grow a pair and MAN UP.

Be the masculine guy you’re supposed to be and espouse all those traits that women crave.

I’m talking about not being worried over her opinion of you. Have a little nerve to push back a bit, give her “crap” and call her out (in a funny, lighthearted way) if she’s treating you like one of her girlfriends.

And that means turning her down when she tries to take you on one of those activities best suited for her gal pals.

This is especially true if you have to wreck your plans for the week just to go the “extra mile” for her.

If you’ve been the guy who agrees with women on absolutely everything, this is your chance to STOP doing that.

Let’s face it – men and women are different, and with that comes disagreements every now and then. Don’t be afraid to embrace those differences because it’s what creates SEXUAL tension in the first place.

So turn her down and tell her you have something else going on. Then later on, ask her out on your own terms instead.

By refusing to be her teddy bear and taking the initiative to make plans, you’re already reclaiming your masculinity.

She won’t realize what’s happening, but she’ll actually like that you’ve turned the tables on her. So don’t worry about rocking the boat, so to speak.