Feminism Is Wrong: It Ruins Your Chances With Women…

Several Dutch feminists have hated on me these past couple of weeks with personal attacks and more! It’s time for a reply: learn why feminism is wrong…

Why are these feminists hating on me you say? And why do I think feminism is wrong?

Because I give you dating advice, which they call “learning men how to manipulate women”. That must be the biggest lie and BAD ASSUMPTION I’ve heard in my ENTIRE life.

They must have lots their damn minds, wouldn’t you agree?

I encounter dozens of guys suffering from a severe male identity crisis on a daily basis… I see them in clubs and bars, on the streets, in schools, in the workplace…

These guys simply don’t know what being a man actually means! Hell, they fear women won’t like them if they display the characteristics that make men masculine.

They think it’s bad to do the stuff that makes men attractive in the first place. Feminism did this, which is why feminism is wrong. I’m about to explain to you how feminism did it and what you can do about it, so you can start being a REAL man again. 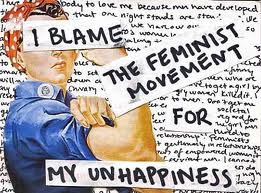 Have you ever felt like you don’t know what being a man actually is? Ever feared that women don’t like you if you stop caring about their opinion?

I’m willing to bet that your answer is YES, but do you know why you’re thinking this way?

It’s because FEMINISM scared you into thinking this way. That’s why I think feminism is wrong: it ruins your chances to get women and you don’t even know it!

You don’t do anything when you see an interesting women. Why? Because you think she won’t like you when she realizes you approached her with sexual intentions…

What made you scared of women who could find out you have sexual intentions?

All the news about sexual harassment, men being chauvinists pigs when they talk to women with intentions and so on… every time women have told you that being dominant is wrong, that taking the lead is bad…

Feminism is almost solely responsible for this fear of approaching. It took them more than 50 years to scare you, but they did it! But there’s more…

Find out the other reasons why feminism is wrong below…

Here Are 3 Reasons Why Feminism Is Wrong And Has Gone Crazy:

Feminism Is Wrong Reason #1: Dating Advice Does NOT Turn Men Into Players

Feminists assume that because I give you dating advice that I’m only trying to teach you how to disrespect women, manipulate women and be a player.

They tell you getting dating advice is wrong because players taking advantage of women are wong.

But dating advice and players are NOT related damn it! These haters inside the feminism movements shouldn’t be so narrow-minded.

They also claim I’m trying to make you believe that being yourself is wrong.

These claims of the ladies are all lies because:

– I teach you how to get a girlfriend… OR… how to get more experience with women without breaking any hearts. In short: no players to be found here, just men improving their lives.

– I teach you how to reach your full potential with women and in life. I DON’T teach how to be something or someone you’re not, hell, I am AGAINST routines for getting women. They’re fake.

Assuming that dating advice equals turning men into playboys is like saying all feminists are lesbians. Don’t stereotype me OR my fans and customers or I will stereotype you feminists.

You as my fan and/or customer deserve respect, so anyone who doesn’t treat you with respect gets a blog post just like this that burns them down to the ground!

Feminism Is Wrong #2: Not All Dating Coaches Are About The Techniques

It’s funny to me how some in the feminism movement assume that as a dating coach I only teach men techniques to get women.

But the brutal truth is:

I’m teaching you how to improve your life: your confidence, your social circle, your conversational skills, and your success in the dating game.

And one more thing…

Us men LIVE on techniques, but only to understand how things work. As soon as I’ve shown you WHY ABC works with women and how, you can take care of things on their own.

Hell, I always tell my customers: don’t be a Carlos clone, be you. Only I can do me, so you do you. I give you tips for getting women in YOUR situation. I give tips that fit YOUR personality…

And I’ll keeping giving tips until you learn how to meet and date women yourself.

And there you go: I just busted the myth feminists spread that I never give enough tips so I can keep getting paid by single men such as yourself.

To me a successful fan or customer is someone who doesn’t need me anymore because he can be himself and easily get ANY woman without my help. I want YOU to be like this!

So I have to disappoint a whole bunch of feminists here: sorry, I don’t teach men how to be technique using robots that don’t have a genuine interest in women. Losers like Ross Jeffries teach that, but I don’t…

But maybe you ladies try to teach your husbands how to behave so they never annoy you anymore?

That’s typical of feminists: always trying to change men instead of accepting us for who we are. Yet another reason why feminism is wrong. You don’t see men forcing women to love beer, football, cars, and titties do you? 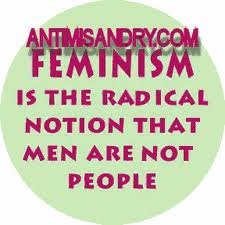 Feminism Is Wrong #3: Learning How To Meet Women Is NOT Manipulation

There once were these annoying, frustrated women called power feminists who thought that dating advice for men is about trying to make women like us men…

And then I, Carlos Xuma, came and said this:

A guy sees a beautiful woman he feels he has to meet, so he walks up to her and the two start talking. He asks for her number and takes her out on a date. At the start of the date he buys the woman flowers… and THAT is manipulation.

Would give your best friend flowers? Then why are you giving women flowers? To make them like you. You’re getting flowers to manipulate women into liking you or approving of you…

You giving women flowers, candy, dinners at fancy restaurants and so forth? THAT is manipulation…

But learning how to meet women is about reaching your full potential so women like you for who you are:

How is that manipulation?

Hell, I truly believe the manipulation of women actually STOPS when I teach men how to meet them, so all you haters inside the feminism group out there?

You ladies better take a second look at what you said. It was ignorant, hateful and based on opinions and not facts. Get off your ass feminists… and read a book.

Geoffrey Miller’s – The Mating Mind for example. Read it. It explains you girls what my advice is based on: facts… and not a hate against women.

So, next time you feminists open your mouth to vomit personal attacks at me?

Remember one thing: do not f*ck with me!

That goes for anyone else attacking me without reason or facts… I will blow you away with facts about the dating game. If you step to me you better step correct.

You made me angry by disrespecting my fans and customers and claiming they’re robots, mindless zombies and I don’t know what else. Don’t do that anymore. I defend my people! Feminism is wrong for all these bad assumptions. I thought you girls were supposed to fight against bad assumptions about genders?

Apparently you became what you tried to combat. How weak of you.

Back to you, my dear fan and/or customer:

1) Were you ever scared of what would happen when a woman you approached would find out that you had sexual intentions?
2) Have you ever felt like you don’t know what being a man is or should be?
3) What do you think about feminism about reading this blog post?

And know the biggest coffee drinker in the Netherlands (that’s me!) is going to drink some more of his black gold with extra sugar… Yummie!

I hope this blog post makes you think about how you’ve been influenced into believing certain things by certain groups in society.

And I also hope you sign up for my daily newsletter below, because it’s filled with more thought provoking tips and insights about meeting and dating women.