Most tips on romance tell you to be a big wussy to get women, but YOU don’t have to be. Find out now how to use romance without being a wuss!

But before I give you some tips on romance that are 100% wussy free, I have to point out here that most romance tips make things even worse than “just” turning you into a wussbag.

That’s because most tips on romance don’t even work during ALL stages of dating a woman: the first time you meet her, the first call, the first date, and so on. Those other romance tips suck because they only talk about what to do on a date…

But if you want to “get the girl,” then you have to start bringing the romance wayyy earlier than the first date. If you don’t, she might think you’re just not that interested, that you’re a player…

That you’re trying to impress her with romantic gestures to make up for something. That you don’t think you’re good enough by being yourself so you’re trying to buy her approval, which is a HUGE sign of insecurity that will scare most women away. 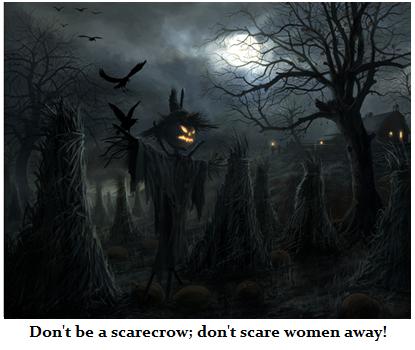 Do you see now why most tips on romance do more harm than good?

That’s why I wanted to write this blog post today: to stop you from looking like an insecure wussy AND to show you how to use romance during all the stages of dating women.

Let’s start with setting the record straight. With what romance REALLY is, because it’s not what you think it is… and most men never get to know what it is.

Tips On Romance: A Definition Of Romance

The tips on romance you’re about to get all assume that you know romance is nothing more and nothing less than showing a genuine interest in a woman.

That’s very different from how many people think about romance, isn’t it? All other tips on romance are based on the idea that you need romance to impress women…

But thinking you need to impress women, with or without romance tips, is assuming you are LESS than them. It’s thinking something along the lines of: “woman, you are superior to me so please allow me to please you so I may one day perhaps get your approval.”

I say: f*ck that! We as men are women’s equals. We don’t beg or need approval. We’re ourselves, show our interest if any, and if you don’t like it? Then screw you!

All of my tips on romance are based on the assumption you’re talking to an equal, a woman, not some superior being (like females are goddesses or something) that most tips try to make you believe.

Now, let’s check out some tips on romance for the first stage of dating…

Tips On Romance When You First Meet Her

The trick behind the tips on romance that follow below is to let a woman know you want her, without making her think you NEED her.

The first is based on sexual tension, also known as attraction… while the latter is based on desperation. Big difference, huh?

So, you just started a conversation with her. You just met her. What do you do to let her know you’re genuinely (and sexually) interested in her?

Well, here are some romance tips for you for different types of women:

1) Some women simply have a beautiful face that stands out. So, after about a minute of talking to a woman with one, interrupt her when she’s talking and tell her something along the lines of “Did you know you have a real photogenic face? I’m just noticing it now! Have you ever done any modelling work?” And when she says no, then tell her she’s crazy and tease her with how she’s way too shy for her looks.

2) Some women have big, pretty eyes that stand out with that glimmer in them, the ones that always seem to be talking to you more than her mouth does. So, after talking to a woman with a pair of eyes just like this, ask her “Be honest here: are you wearing colored contact lenses?” Usually she says no, after which you tell her you don’t believe her because her pretty eyes really stand out so they must be fake. Now THAT’S one of those tips on romance (showing a genuine interest) you don’t learn anywhere but here.

3) Some women have a certain style or color of clothing that’s easy to notice. It’s cool and you notice them earlier than other women. This is a good time of accusing them of being gold diggers because they look like they’re wearing the most expensive fashion. Then they’ll tell you they’re “normal” clothes, you tell them that’s BS and that they would stand out in any fashion crowd, plus accuse them of being on their way to a catwalk to do a fashion show with the beautiful clothes they have on.

I can almost hear you thinking: “Why should these tips on romance work while you claim others don’t work man?”

In each and every one of the three examples I gave you above, you’re telling a woman she’s beautiful… but in a playful way. You tease her with what you like most about her, you make her laugh, but you still think she’s beautiful.

And that’s the thing with my tips on romance:

Result: a typical “he likes me, he likes me not” situation where you’re unpredictable. Being unpredictable alone creates attraction. Playful teasing does too. That’s why this works.

Tips On Romance When You First Call Her

The situation has changed a little bit because she’s now somewhat interested in you and you in her, so this is where you can shift into the next gear with these tips on romance:

1) Let’s use the photogenic face example. The moment she answers the phone (she knows it’s you when you gave her your number after she gave you hers) you say “Yes, is this HER NAME? Hi there! I represent a modelling agency looking for a pretty face. Are you interested or are you dealing with a pimple situation right now?” She’ll laugh and say she’s interested, which is when you say you only want to do a photoshoot if she promises to stay away from chocolate, chips, and other junk foods. She’ll say yes, you tease her with being a liar, etc. 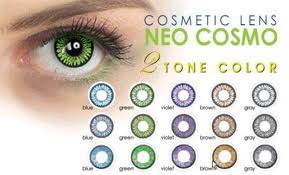 3) Do you see where I’m going with these romance tips? You continue the joke you made before. It’s okay to interrupt her a couple times and say you really think she has a pretty face/pair of eyes/clothing style. She gave you her number because she’s interested remember, so showing more interest while teasing her will do you good.

Romance Tips For On The First Date

This is where most guys turn into full-blown wussies, but you won’t… with my tips on romance that you’ll find below…

But first, realize the situation you’re in: she’s now really interested, you are too, so almost anything goes. I have to emphasize ALMOST here, because gifts, candlelit dinners, chocolate, flowers, and all that still don’t work here…

It’s STILL coming across like you’re buying her approval with gifts like you need to make up for something.

Women like flowers and all the stuff I mentioned before, sure, but they LOVE getting a gift that’s about them… truly about them… no matter how small it is. They consider the standard gifts to be nice, but the special item about them to be romantic.

And this is where my tips on romance get interesting because…

Because what you’ll be doing is giving them what you’ve teased them with all along, so it’s romantic, showing a genuine interest. But you’re also still teasing them and creating attraction because of it, which is the only wuss free way to go on a first date!

Here’s what you do…

1) For the chick with the pretty face you teased about being a model. Bring your camera (or phone with camera) on the first date. Make photos of her, meanwhile teasing her with how she IS a model because no one looks that good on photos without practising. Halfway through the date, and after plenty of pictures, tell her this will be her modelling portfolio of photos which will only cost her $200 per photo to get. Now THAT’S teasing!

2) More tips on romance with small gifts: the contact lenses girl. This one’s obvious. Get her colored contact lenses, give it to her halfway through the date, and tell her you always want her to have beautiful eyes like she has now… so you bought her some replacement lenses for when the ones she’s wearing are used up.

3) And for the catwalk chick, you get her anything that has to do with cats and tease her with it for the entire freaking date. ‘Nuff said.

Romance Tips For When You’re In A Relationship

I’ve been bashing on traditional gifts like flowers, chocolate, and what not so hard I feel like I need to give you some more tips on romance.

You see, all that stuff DOES work when you’re in a relationship… and when you surprise her with it.

That’s because you’re way beyond the point of getting her to like you so she won’t feel like you’re trying to buy her approval or make up for personal flaws.

One More Thing About Romance…

As you can see by now, creating romance and creating attraction go hand in hand:

BUT… there are other things you can do to create attraction (or romance) that I haven’t even mentioned here yet in my romance tips. The stuff the world’s most infamous player, Casanova, used to make women all across Europe fall in love with him…

And I’m not saying you should get more tips on romance so you can be a player like Casanova, but I AM saying knowing what he did makes getting women… and keeping them… way easier.

So if you want to know more about romance, attraction or Casanova to get and keep women without much effort, then be sure to check out the free tips inside my Newsletter.

I hope you liked my tips on romance! Do leave a comment if you have questions or want to comment.