Here’s a secret about what to say on a first date: most guys think that talking too much is a problem women have. It’s not! It’s a male problem. Why?

Sometimes you’ll know what to say on a first date, but most of the time you will say stuff that scares women away without knowing it. And then you’ll sit there, frustrated and home alone, wondering why she doesn’t call you anymore.

Do you really want to screw up your chances with women because you don’t know when to shut up or what to say on a first date? If your answer is “NO”, then you’ll want to read the rest of this blog post…

And this blog post today will be all about what to say on a first date and what you DON’T say. This one will be all about conversational techniques that will help you stop worrying about everything but when to kiss her during the date. 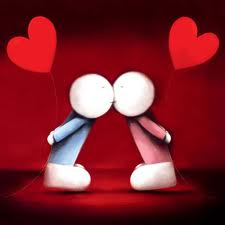 90% of the men out there worry about what to say on a first date more than about when to kiss a woman. I’m here to change that forever.

So, I just said that sometimes it’s best to stop talking. Let’s first look at the reason why you need to shut the hell up sometimes instead of always trying to know what to say on a first date:

It’s because women read into details. EVERY detail. They can discover a million things about you just by looking at your clothes and how you’re standing. Why?

It’s because in the days when we lived in tribes, danger was everywhere. Wild beasts that ate women and the kids. Mother Nature with her earthquakes and floods. Groups of plundering cavemen that could rape women, and I don’t know what else.

Imagine how being able to read into details had an advantage back then: noticing the slightest difference meant being better able to survive because you could spot danger sooner. Since women stayed home and watched after the kids while men hunted back then, it makes sense that women are better at reading into details than you and I are.

Remember this next time you’re trying to have a monopoly on talking during a first date. Let her struggle with what to say on a first date a bit too, because women are just as nervous as you are. They just tend to hide it way better than men ever can.

Got it? Awesome! And now you know why you need to be quiet sometimes?

Want to know what to say on a first date and what NOT to say? Then here’s a short list:

1) Don’t talk about your ex, because it shows you’re not over that b*atch yet. But do talk about the type of woman you’re interested in.

2) Don’t talk about money, because most women don’t fall for money. Most women fall for personality and charisma, so don’t even try to impress women with that crap. The only thing related to money that women love talking about is shopping.

3) Don’t talk about ANY negative aspect of your life, because if you already do that on the first date women will think it’s just a “preview” of the hell that is your daily life. Do talk about positive stuff in your life: hobbies, passions, likes, dreams, etc.

As you can see: knowing what to say on a first date is mostly about stopping yourself from screwing up your date by saying stupid stuff.

And I would say this is a good start to not screwing up first dates for yourself by saying the wrong things. If you want to know what to say on a first date, then knowing what you should definitely NOT do is half the battle…

And now it’s time for me to share a great “conversational technique” with you. Call it “leaving something for dessert.” It has to do with what you DON’T say on a first date…

You won’t believe how many men sit there and talk for hours and hours with women during a first date. Sure, that can be fun sometimes, but why do that if you want to get a second date?

Think about it: if you share everything there is to know about you the first time, then what the hell are you going to say on a second date? And third? And a fourth date?

So leave some mystery for her. Tell her a lot, but not everything. Leave that for next time.

Why do this instead of coming up with a whole bunch of ideas for what to say on a first date?

Because most men give in to women: they do everything they can to “get the girl”, which makes them boring. By letting her work to get to know you better, you’re not like those losers who kiss ass. You’re hard to get. Women love hard to get.

Got another juicy secret for you if you’re interested in what to say on a first date: the human brain tends to fill in the blanks when you give it incomplete information. Usually our brain fills in the blanks with wishful thinking: the way you hope things to be.

By not revealing all the information about yourself, you let her brain do all the work FOR YOU because of how the human brain operates.

In short: she likes you more because you didn’t tell her everything and she can’t do anything about it. Don’t you just love psychology!?

I like where we’re going with this blog about what to say on a first date: you now know why talking too much can ruin your first date, you’re now able to talk about stuff she likes and which helps you make it to the kiss, you know why “leaving something for dessert” creates attraction, and I’ve got even more first date tips waiting for you…

I think it was self help guru Dale Carnegie who said:

Words to live by.

– The more you ask questions and then ask follow up questions, the more you seem genuinely interested in her. Meanwhile, she will be talking 80% of the time while you sit there and listen and come across like you’re REALLY into her because you listen with all of your attention. Let HER figure out what to say on a first date for a change.

– The more information she gives you about herself, the more of a connection she feels with you. Think about it: we share all information with our best friends and only some info with colleagues. The more she reveals, the closer she feels to you!

– The more information she gives you, the more things you can use to playfully tease her, be picky about, challenge her with, and so on. Better said: everything she says you can and should use “against” her to create attraction. So be like the cops in movies: keep her talking and then use what she says against her.

Do you see now why it’s better to say less on a first date than she does? So remember to: 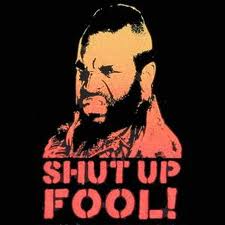 Sometimes, less is more. Even in the dating game.

And there’s one more conversational technique I’d like to share with you. It’s so obvious once you hear it, but almost no man talks about it…

What To Say On A First Date: Ask HER About First Dates!

Show your confidence here: ask her what her worst first date ever was. Then ask her if she would kiss the guy if she saw him right now and would give her $10 for it.

Talk about your and her worst first date, your first date ever, and do that in a playful way.

On a subtle level it shows her you’re confident: you let her know that you don’t take the first date, her OR yourself too seriously.

And that’s what you want to show her, because most men think of the women they’re dating the first time as “she maybe miss right” or “she could be my future girlfriend”.

By talking about previous first dates, you show a woman you’re not a desperate wussy who wants to marry her because the first date was kind of awesome. Now THAT is what to say on a first date.

Here’s a brief summary of how you can know what to say on a first date:

– Talk about the type of woman you’re interested in
– Talk about shopping and what you like to shop for
– Talk about positive things in your life: hobbies, talents, passions, likes, etc.
– Don’t talk like there’s no tomorrow, leave some mystery by saving details for later
– Listen more than you talk, then talk about her. Then, maybe, talk about yourself. The more she talks the more you can use to create attraction remember!
– Talk about her and your worst first date and her first date ever in a playful way

Follow these “rules” and there’s no way in hell that you can screw up what to say on a first date!

Now, I would be lying to you if I said that knowing what to say on a first date is the only thing that stands between you and getting as many dates as you want with a woman. That’s because you need to keep her attracted to you with your personality.

And if you want to get some free tips for how to attract women with your personality… and how to KEEP them attracted to you… then gain instant access to more tips by signing up for my Inner Game Newsletter.

And be sure to drop a comment and tell me:

1) Have you ever shared too much information on a first date? What happened?
2) Which “rule” for talking to women during the first date will you definitely try next time?

But hey, it’s about time for me to flee the scene here. One of my buddies dug up this old school Jackie Chan movie where he’s doing his drunken style kung fu thing.

I love movies and martial arts movies especially, so this movie junkie is out! Bye!

Hope you enjoyed these tips for what to say on a first date (and what not to say).