How To Text Women: Seduce Women With Text Messages

If you don’t know how to text women yet, then you’re in luck: I’m about to show you how to seduce women with text messages and how easy it really is…

Just like my techniques for how to call women though, you should try each technique several times and see which feels and works best for you… and stick with that one. You don’t have to use ALL these techniques to succeed and seduce women with text messages, just those that give you personally the most success.

Do that and you’ll know how to text women, how to seduce women with text messages in minutes! 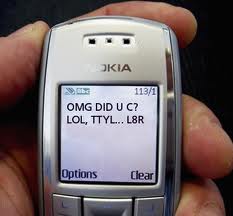 Let’s take a look at the techniques you can use to seduce women with text messages I mentioned before, shall we?

How To Seduce Women With Text Messages: The Blank Text

I got the idea for sending blank text messages from a friend of mine who´s phone couldn’t be key locked anymore and so the damn thing sometimes sent texts to random people by accident if he was sitting down or whatever. Blank text messages are texts that actually don´t contain ANY text, they´re messages that are empty.

Don’t worry, this story has a point if you want to learn how to text women…

First of all, whenever you send a woman a blank text she´ll definitely send you one back because she´s curious about what you were trying to say. She thinks you did it by accident or there was some kind of disturbance or bad reception on your or her end.

And you know what bad reception means right? Exactly! Using the same techniques as when you´re calling women when you want to seduce women with text messages:

– She just gave you a kiss goodnight but wants one back? You send her a blank text and when she comments about it you accuse her of lying, being a cheapskate who wants 2 kisses for the price of 1… and so forth.

– If she teases you back but don´t have anything witty to text back, you can just send a blank text and when she makes remarks about it… you tell her you just gave her the silent treatment.

– If she gives you something in return, anything, you can send her a blank text and when she asks you about it you reply with ¨hello? Are you still there? I can´t see anything you´re saying! Can you repeat what you said please?¨ and afterwards you, again, admit that you tricked her.

Blank texts used to be an accident, but from here on out they´ll be your playful teasing tools!

How To Seduce Women With Text Messages: Her Spelling

Remember how I said that text messages are always way shorter than emails, messages on Facebook, and so on? Well, guess what the consequences are: text language. Wait becomes w8, be right back becomes brb, kiss becomes x, your becomes ur, night becomes nite, too becomes 2, love becomes luv, you becomes u… and the list goes on and on.

Text language is accepted among everybody who sends text messages because they want to say as much as possible in the smallest space possible to save some money, but not you… oh no. This is NOT how YOU are going to text women…

You see, YOU are going to bust a woman´s balls for throwing around so much spelling errors. This works particularly well if you DO use your instead of ur, late instead of l8, and so on…

Plus, most phones don´t have a normal keyboard. Most phones have abc on key 1, def on key 2, ghi on key 3 and so on, which means you need to press the first key two times to type a ¨b¨. And do you know what that means? A VERY high chance of spelling errors!

So how to text women in a way that playfully teases them with their spelling errors?

1) Send it back – simply grab her spelling error she made, put it in between brackets and send it back to her + the words “what´s wrong with this picture? Do YOU know? :P”. Example: “I´m going downstairs ´brb´? Excuse you? Did you just burp in my face misy? You better apologize :P”

Now that is an AWESOME way to seduce women with text messages.

2) Start using her error to make a fool out of her – most spelling errors are made because she didn´t pretty a key often enough… so she says “rtop” instead of stop, “stnp” instead of stop. Quite often she was trying to type the second or the third letter on the key, didn´t, but didn´t see it… excellent opportunities for playful teasing if you ask me. Some examples:

Some other things women (and people in general) say in text messages are not correct as well, but they mostly make these “mistakes” to save space in a text. It’s mostly abbreviations here, but still fun to tease women with! 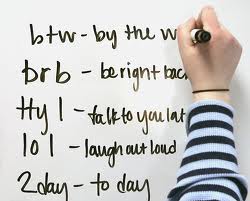 The quickest teasing in the book is by telling her that you´re sorry that you don´t speak mongoloid, or Russian, robot language or Chinese (all difficult languages) as soon as she´s made a spelling error.

Here’s a juicy secret for you: there are about a 1000-and-1 other ways to seduce women with text messages that are based on character traits that have attracted women for ages.

Gain access to all the ways to seduce women via text by signing up for my FREE Calling and Texting Newsletter today.

Want to know even more about texting girls? Then I suggest you check out my blog post with examples of what to text a girl.

I hope you liked my thoughts on seducing women via text so far dude, because I’m out!

P.S. Want more awesome tips about what I talked about just now? About how to call women and text women and get a date out of it, and more? Then get instant access to more tips by signing up for our FREE Texting Girls Insider.