When it comes to attracting a woman into your life, you have to have the right parts on display to engage her interest.

You can’t expect to lure a woman into your bed with your Magic: The Gathering card collection, or your life size Bruce Lee figure.

(Though, I did hook up with a long term girlfriend by showing off my $150 Lamborghini Countach model… that’s a story for another time.)

The big problem is that most guys don’t know what REALLY gets women hot for a guy. If you ask a man, you’ll get either a man’s programmed response: “Money! Big wanker! Nice Car!” 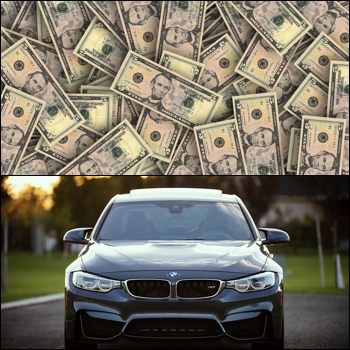 Or you’ll get a woman’s programmed response: “Be funny! Be Confident! Be sensitive!”

Now, some of those are right. but not as much as you might think. In fact, the real answer is much more frustrating for a guy to hear…

But let’s clear out the “elephant” in the room right now… do you need to be rich to attract women? 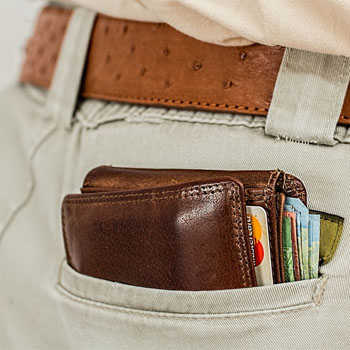 Being wealthy indicates power, security, comfort and even a certain amount of exciting energy. This is very attractive to women who crave all these feelings.

After all, there are PLENTY of women dating poor guys.

And that’s really what women want. It’s not the money itself.

It’s the FEELINGS the man makes her experience when she’s around him.

So the fastest way to get her attracted to you is to give her the FEELINGS she desires.

Let’s jump right in, and I’ll give you 5 qualities that makes women attracted to men.

Here we go with:

#5 quality to attract a girl is: Speaking to her true self.

If you can get past her defenses and the walls she puts up around herself, you can truly speak to the real person inside of her.

You’ll be one of the few men in her world that understands her. This makes you very significant to her, and will make you attractive like no other.

You see, most women talk about almost anything and everything.

The part that most men don’t know about is that women don’t have a very strong sense of self. They’re more fluid with their self-perception than man are.

Chances are, SHE doesn’t even know who she is in her heart of hearts.

So when you’re able to talk to her and perceptively tell her what you see in her, she will listen to you as if you’re speaking the gospel. 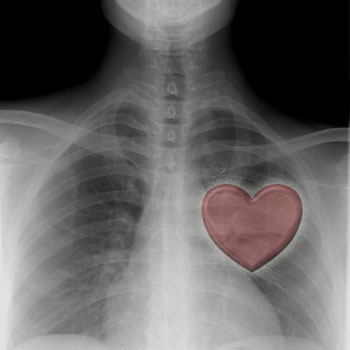 Tell her what you see in her personality. If you spot something worth noting (and hopefully you do, otherwise – why are you talking to her?) point it out.

95% of guys have no idea this works, much less how to do it, so make sure you put that bullet in the chamber.

#4 trait that attracts women to men is: Conviction.

No, I’m not talking about doing 10-to-15 years for bank robbery…

I’m talking about how much conviction you have in yourself.

Your life. Your beliefs.

What this one boils down to is how unshakeable are you? How content and happy are you in your own skin? 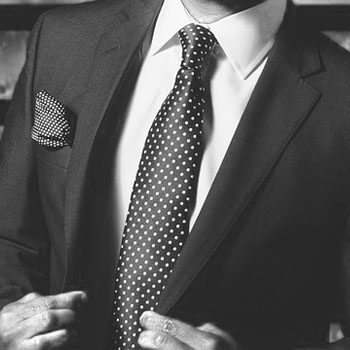 The easiest way to do this is to simply start forming opinions about stuff. Not pig-headed and dumb, but just have an opinion worth talking about.

Things like politics are good, but also more philosophical ones as well.

This is the essence of the “Power Question” technique I teach in my programs. You can ask questions that will not only make her think, but also tell her that you’ve got your own beliefs and stand on things.

A woman instinctively knows that a man who doesn’t take a stand is not of strong enough character to protect her.

Another way a man has conviction is that he knows what he wants in life. He’s decisive.

This is the real essence of “confidence” that you hear everyone talking about. You can’t just “get confident” – but you can easily start being more convinced of things in your life, can’t you?

Anything is fair game to have an opinion on.

Start stocking up on your opinions and convictions. What’s important to you? 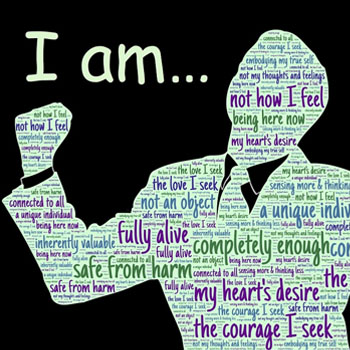 What do you believe in?

If you’re not sure, now’s the time to find out.

What kind of skill?

Any kind of skill is attractive to a girl. For example:

– Being a good cook or chef

– Being extremely good with computers

And especially if that skill demonstrates the following things:

– It took you some time to acquire it. This says that you have the self-discipline to work for something.

– It challenged you. This says that you have the belief in yourself to keep going after the goal.

– It was voluntary. Meaning that you had to make the choice to acquire this skill. Which shows that you are not a quitter. 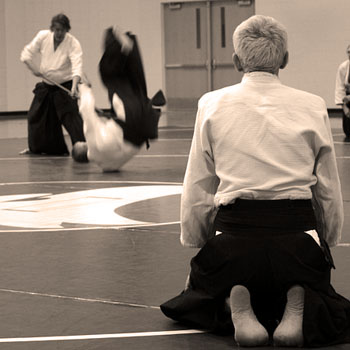 These are all examples of masculine qualities that girls find attractive.

When a woman looks to a man to protect her and keep her safe, the same qualities that you used to acquire that skill are the same ones she knows will serve her in the relationship.

Yeah, it’s a little bit selfish, but women survive by being cautious with their safety.

Related to this quality is the next one on our list…

#2 characteristic that makes a man attractive is: Dominance and strength.

This doesn’t mean that you’re a bully or a brute, nor does it mean that you have to look like Arnold Schwarzenegger (in his prime.)

Dominance simply means that you DOMINATE. As in, you have achieved authority, mastery, or command over something.

Hell, it could be dominating in checkers, as long as you do it well.

Girls are – by nature – submissive. Men are naturally more dominant and authoritative. 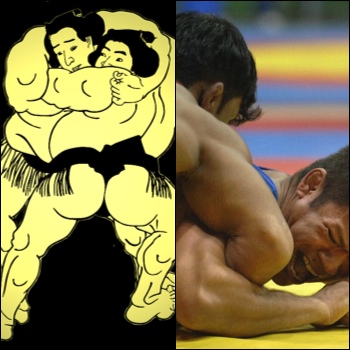 Not to be sexist in any way, but it makes the world work better. This is the natural order of things.

There are a ton of ways to demonstrate your dominance:

– Physical fitness – which is not to say incredibly ripped abs, or 48″ biceps. Just be FIT – which means trading in an hour of television regularly to get some exercise. Just being trim and in shape will instantly communicate dominance to her.

– Leadership ability – Aspiring to manage people is a great way to cultivate the attraction quality that women can’t resist. Fact is, girls sleep with their bosses not because they were pressured to; she did it because she gets hot for men in authority positions. Pretty much every woman does.

– Be DRIVEN and ambitious – This shows that you’ve got the aggressive motivation that she can count on – especially if it came down to survival. Are you a survivor? You should know that before you walk out the door every day.

And finally, the top of the qualities…

#1 Quality that attracts girls to guys is: Social value

This one is a catch-all that encompasses many others. You don’t have to have them all, and that’s the beauty of it.

You can pick and choose like it’s a buffet. She only needs to see some of them from time to time to know that you have social value.

What is Social Value?

It’s how much you’re valued by your friends, family, and people you work with. If you command respect from them, you have social value. 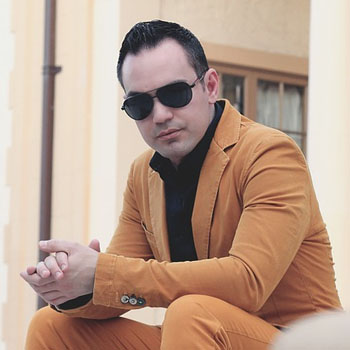 Here are just a few of the ways that social value is demonstrated:

– Fun: Are you a fun person to hang out with? Do you have a positive attitude and aura about you? Being a “Donnie Darko” isn’t going to be attractive, no matter how much you try to justify that mindset.

– Generosity: Are you a giver or a taker? Do you have the spiritual openness to be un-selfish when you can?

If you’re a giver, this tells a girl that you’ve got the relaxed attitude of a man with resources. With abundance, instead of scarcity.

If you’re a taker, you’re not going to be generous to her with what she needs, which is emotional support, love, and a certain amount of adoration.

– RELAXED: This shows that you’ve got a light approach to life. You’re not uptight. Guys who are structured and tense are typically this way because they don’t feel secure about their ability to handle life. Which also tells a woman that she’s with a guy who might not be a good pick when it comes to betting her genetic legacy.

Guys who have an angry, defensive air about them are NOT socially valued. In fact, they’re avoided.

Social value may sound pretty serious when I put it into these terms, but it’s important for you to understand how powerful it is when it comes to your life.

Guys with the ability to communicate social value are the most successful, the happiest, the wealthiest, and the most secure.

In study after study, these guys also live the longest, and typically get laid WAY more than other men. It comes down to your level of SEXUAL POWER as a man.

And that alone should motivate you to focusing on these qualities that make you more attractive to girls. 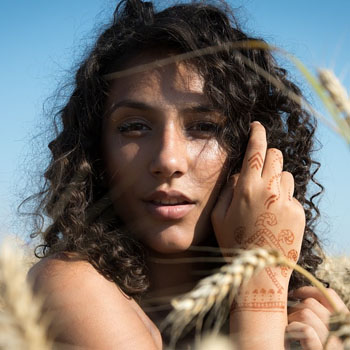 It’s that solid foundation of rock solid masculinity that women CRAVE, and I’ve put together a program to help you with that. It’s called Alpha Sexual Power – this course teaches you how to harness your inner qualities as a man and AMPLIFY them tenfold.