The 3 Behaviors That Turn Women Off

Somewhere right now, a well-meaning guy is making women hate him without even knowing why. He thinks he’s trying to be a decent dude with certain gestures and habits, but in reality he’s killing his own appeal with them.

He’s thinking to himself, “What’s her deal anyway? I was just trying to be nice but she’s acting like I did something wrong.”

Unfortunately, he did do something and flip the wrong switches in her head, but can’t quite put his finger on it. 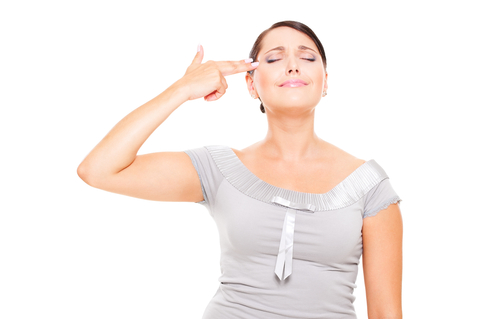 After all, he was polite, didn’t make any creepy remarks about her body and or make any of the OBVIOUS mistakes with women.

Yet, a lot of men still turn women off, despite being on their best behavior.

So, what gives? Well, let me shed a little light on the things men do which actually work against them:

I know how weird it is to get turned down by the ladies even though you’re acting perfectly normal. But the thing is, there’s no point in rationalizing the attraction process.

On a basic level, attraction is a feeling, NOT a choice.

Making a conscious decision has NOTHING to do with liking someone.

Therefore, you can’t trigger those emotions in a woman by giving her a list of reasons WHY she should feel that way about you. It just doesn’t work like that.

And this is where a lot of men mess up their game, by operating on this level.

Remember, you’re not a lawyer building a case or a salesman making a pitch. The more you try to persuade women to be attracted to you, the more they’ll feel the exact opposite.

But how exactly do guys do this to women? Read on…

Here’s one thing I learned early on in dating: No Challenge = Zero Attraction

One of the biggest mistakes you could make is to immediately “surrender” yourself to someone you just met, acting all mushy and sentimental right from the start.

Take it from her perspective: would you feel attracted to someone who’s practically throwing himself at your mercy, like it would kill him if you turned him down?

This is what I call the Grand Gesture Syndrome. Some men follow the logic that pulling over-the-top stunts will make a girl think he’s going the extra mile – but this approach is bound to backfire.

Here are some of the symptoms:

Read the rest of the article on the next page…