These days it’s a sin to be a dating coach who says looks matter, but once you know why looks matter I just know you’ll agree with me!

This makes why looks matter THE perfect topic to talk about for me, firstly because looks are actually important… and secondly, maybe… maybe I wanna talk about it because I’m just a big dramaqueen who likes controversy from time to time.

It’s quite funny to me to see all these dating coaches, dating experts, and dating gurus struggle to give you reasons why looks don’t matter, but looks matter. They do. Really! 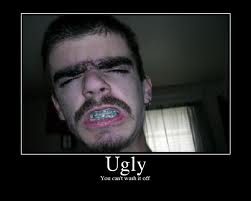 Don’t get me wrong, they matter less than most guys think they do, but looks matter in entirely different ways than just “he’s hot” or “he’s ugly” type of thinking.

So before I throw my top 10 reasons why looks matter at you, I want to point out to you that looks DON’T matter like you think they do. If that sounds strange, I promise you, it will make a lot more sense after you checked out the following top 10…

Sex On The First Date And Why Looks Matter

There has been some very interesting research going on lately. The best example is this research project that studied the reasons why and the reasons why not… of women having sex on the first date. The results were surprising, because as it turns out?

Women are far more likely to sleep with a guy on the first date if he’s well groomed. And with well groomed they mean: shaven, hair perfectly trimmed and styled, clean nails, not too much body hair (women don’t hate HOB – Hair On Back – for nothing!) and so on.

Clearly, personal hygiene plays a bigger role in one night stand dynamics than we used to think.

And then they say the “pretty boy” look is gay. Guess not. It’s sexy. Looks matter when it comes to one night stands.

Food for (not so serious) thought here: is that why women in chick flicks tend to fall in love with gay guys?

Ever heard of Robert Cialdini? His bestselling book Influence is one of the finest works on the psychology behind persuasion ever. In it, he describes several research projects that seemed to prove the existence of what he called “the halo effect”.

The halo effect works like this: people tend to think that more attractive people are also happier, outgoing, more successful, kinder and have many other positive traits. In less-individualistic cultures beautiful people are assumed to have traits that those cultures value, such as concern for others, loyalty and integrity.

The stereotype acts as a self-fulfilling prophecy where the perception of attractive people as more valuable members of society leads to their receiving preferential treatment, positive feedback and tangible benefit. This is a big part of why looks matter.

Could this be a clue about why women tend to have sex on the first date way more often if the guy is well groomed? So, that a guy with excellent personal hygiene is considered to be good looking and receives all of the benefits of the halo effect because of it?

As you can see: this is another good reason why looks matter!

As a dating coach, I can tell from experience that your style of clothing matters. I’ve seen it a million times with my students, but let me tell you about some of my personal experiences with catering to criteria.

Over here in the Netherlands, there are lots of Middle Eastern and North African (Maroccan, Egyptian, etc.) women. A symbol of islamic and Middle Eastern pride is the shawls Arafat (Palestinian leader, R.I.P.) always used to wear. You know, those shawls with blocks of red and white or black and white?

Whenever it’s cold in the winter I put one of those shawls on… and Middle Eastern and North African women magically start looking my way a hell of a lot more, try to make eye contact like all the time, smile at me constantly… and the list goes on and on. This is why looks matter dude!

In the summer though, I love wearing caps. Maybe because I was born and raised on basketball, maybe not. Anyways, the moment I walk around with my basketball caps on, wearing a standard color t-shirt (white, black, blue, something like that)?

Why? Because looks matter!

And because I’m displaying a trait of their type of man, the type of guy they would be interested in. So, meeting women that are your type works both way. Say you like latin women, then your best bet is to not only go to salsa, merengue, and reggaeton parties but to also start wearing Spanish looking stuff. T-shirts with Spanish texts, artists, flags, and so on.

It makes a difference… and winning with women exactly that: standing out in a sea of boring, desperate losers that women can’t ever feel attracted to.

Why Looks Matter Reason #4: Best Practices For The Bedroom

Ever had one of those moments in the bedroom where you WANTED to go on, but you just couldn’t because you’re legs or sixpack were giving up on you? Like it or not, you’ll be using your sixpack a LOT during sex… just think about the movement you’re making. It’s tightening and loosening your abs allll the time.

So, working on your abs and physical condition makes you last longer in the bedroom. The longer you last, the better in bed you (can) be and the more pleasure you can give women. And that’s important: it’s been proven that the main reason for women cheating on their man is because he couldn’t satisfy them sexually.

And no matter how you put it, working on your stamina (your physical condition) simply makes you look better… look fitter. If you really go at it, you’ll get yourself a nice sixpack, firm legs (women check those out, that’s why I said it)…

Looks Matter Because Of Negative Emotions Too

Negative emotions can KILL your chances with women and your current relationships. We tend to project our emotions on the people we care about the most. So, if I’m feeling frustrated, angry, disappointed, and so forth a lot of times… guess who will suffer from it? The woman you like the most.

Either you’ll “bash” your girlfriend with the negative emotions that can’t go anywhere else, or you’ll scare the woman you want to ask out with your negative atmosphere that signals neediness and frustration = attraction killers all over the place.

Simple: if you find yourself an outlet for the negative energy you collect for all kinds of reasons, you’ll be more open, more social, more patient, and more confident. These are all traits that women like… and what’s the easiest and most effective way to get rid of your negative energy? 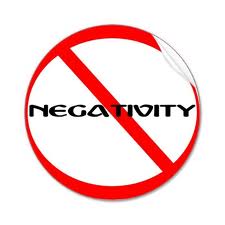 And there you have it: another area of life where the dating game and looks intertwine, because as you know, working out makes you look better, fitter, more muscular, etc. while it helps you get rid of those nasty negative emotions that will have a bad influence on your dating success.

There I said it. So far for my reasons why looks matter.

I hope this blog post expands your mind a little bit, because that was the whole purpose of making this damn top 10 in the first place: to give you a different, better perspective on how looks work in the dating game.

– What are your number 6, 7, 8, 9 and 10 reasons why looks matter?
– What do you think is the biggest myth when it comes to looks and physical appeal?

And now, if you don’t mind, I’m off to check out How To Train Your Dragon in 3D with my little niece.

Actually, I convinced HER to go to the movies instead of the other way around. I’m telling you, there’s nothing like the smell of sweet popcorn during the movies for this cinema groupie!

I hope you learned a thing or two about why looks matter today. See ya!