Use Your Body to Make Women INSTANTLY Feel Attracted to You

When it comes to dating, most of what you say doesn’t really come out of your mouth. The key lies in HOW you say it.

More than that, your whole BODY gives off signals that women pick up INSTANTANEOUSLY.

Here’s the first thing you should understand about women: They have a HIGHLY sensitive radar that will have you figured out within mere seconds.

This is one crippling advantage that women have over us. And this is where most men FAIL because they don’t know how to overcome this handicap.

Take it from a woman’s perspective – if she’s attractive, dozens (or possibly hundreds) of men approach her all the time. It’s literally forced her to develop the innate ability to separate the wheat from the chaff, if you catch my drift. 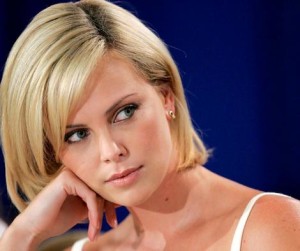 Getting around her Man Decoder lies in understanding communication, specifically the NON-VERBAL kind.

Like it or not, most women are the MASTERS of picking up on cues so SUBTLE that it flies over most men’s heads.

This is why a lot of guys get shot down even before they’ve made a move.

Maybe you’ve walked up to a woman before and felt that CRUSHING fear of being rejected. The problem is that a lot of men do certain things to betray this emotional state.

When that happens, it automatically disqualifies them in a woman’s mind. And get this – it usually happens within the first SEVEN seconds of meeting her.

This stuff is INVISIBLE to most men, which is why they keep giving off the WRONG signals while being completely oblivious to it.

So the cold, hard fact is that women can spot a LOSER with pinpoint accuracy from FAR AWAY. She can’t help it – she needs to do this for her own “survival”, so to speak.

In fact, evolution has basically programmed women to choose the best possible mate. The wrong guy could literally mean DEATH for her – and her future children.

Furthermore, the female brain is naturally more developed in terms of communication. Back in the day, women were left to care for the children and “hold the fort” while the men were out hunting for food.

That meant they needed to use their communication skills more than guys did back then. Given all the “training” they’ve had, men need to step up and level the playing field.

Otherwise, you’ll be stumbling in the dark, not knowing how to act around women.

For instance, you might have tried impressing a woman with a witty conversational opener, only to get a lukewarm reaction at best. That’s because it’s not really about what you said, but rather how you packaged your words.

In fact, delivery – and not what you actually told her – makes up about 90% percent of your overall impact with women.

So that brings us to my most important point…

Creating attraction boils down to two things: looking confident and reading her signals.

That means you need to project a self-assured personality through the way you MOVE.

Once you learn this SIMPLE trick, you’ll transform your body into an Attraction Signal Booster and flip her attraction switches – all without saying a word.

On the other hand, it’s ALSO an absolute must that you read HER signals as well. Remember, communication is a two-way street, so you’ll also have to decipher her body language as well.

Think of it as a SECRET CODE that only QUALITY MEN know about. This is her way of keeping the riffraff out – when you’ve sorted this out, you’ll know EXACTLY when to take things further with her.

It all starts here…

The BEST PART is that I’m giving away this information for FREE, but only if you act quickly. Click HERE to get the inside track on women before my LIMITED offer expires.