Is She Playing Hard To Get? Answers To The Age Old Question…

It’s the age old “she likes me, she likes me not” situation. I’ve asked myself many times: “Is she playing hard to get? Why do I fail to figure her out?”

Have you ever felt frustrated because you seriously don’t have ANY clue about what a woman feels for you? Confused by her games and behavior? We’ve all been there my friend, hell, people don’t say “all is fair in love and war” for nothing!

But today I want to show you WHAT playing hard to get actually means, what’s the reason why hard to get women do what they do, and how to STOP a woman playing games.

It’s time to put all the confusion to rest, don’t you think? 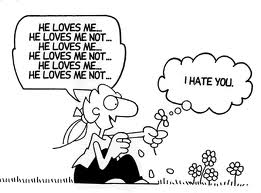 Is She Playing Hard To Get? A Definition Of Hard To Get Women & Why Women Play Hard To Get. The Truth’s Funny!

Every single man on the planet gets frustrated and expresses confusion as soon as I mention women who are playing hard to get, because they simply don’t understand WHY women would do such a thing. It used to be a mystery to me too why women would behave in such unpredictable ways but…

The reasons why women play hard to get are actually pretty straightforward when you take a minute to think about it:

2) What would you do if you’ve been hurt emotionally in the past by an ex? You wouldn’t show your affection for someone as fast next time and every time you would, you would have your doubts. The doubts make you react warmly to a woman’s attention today and cold tomorrow. Translation: women play hard to get because they’re insecure and probably have emotional bagage…

Summary of why women play hard to get: they don’t want to be seen as sluts so they have to do it and/or they could have been hurt in the past and want to be careful because of it.

As you can see: NO… she’s not playing games to hurt your feelings or make you go crazy. What a relief, right? I know! And one more thing I gotta tell you about a woman playing games…

I can tell you from experience that she’s playing hard to get because of reason number 2 (hurt in the past) 90% of the time… do you realize what this means?

When women play hard to get you’re usually halfway there, the war is usually half won already!

Now, I would understand if you still feel a little confused… and maybe even a bit frustrated. Because sure, now you know WHY women do it, but not when they do it. I’m willing to bet that you want me to give you some signals to know when women play hard to get.

And don’t worry dude: I’ve got you covered better than Kevlar armor with this one! Let’s see the signs below…

Is She Playing Hard To Get? How To Tell When She Is…

Simply said, you’ll know when she’s playing hard to get when…

1) She talks to you on one day and completely ignores you the next. By ignoring I mean walking straight past you, not greeting you, not responding via Facebook, text message or to your calls. The whole nine yards.

2) She eagerly responds to your teasing, compliments and other signs of attention or affection on day 1 so it seems like you’re boosting the attraction. But she completely shuts down, sits there being quiet, or quickly ends the conversation on day 2 so it seems like you FAILED to create attraction. This is her playing hard to get all the way baby!

3) She talks to you for minutes and hours at a time on one day and only replies with 3 words or less to everything you say the next day. Again, she’s playing games here…

Do you see the pattern here? Hot-cold. Hot… and then cold. This is typical hard to get behavior!

And what I’m about to say is important… because guess what the typical male response is?

“Damn it! Why is this happening? I failed to create attraction while everything went so well yesterday! I have to double my efforts or I will lose her eventually…”

The result: you end up chasing a girl harder and longer than ever, the girl subconsciously feels that you’re rewarding her for ignoring you, so she starts ignoring you more, you get even more frustrated, chase her more… and it’s a downward spiral from there my friend.

And this needs to STOP. If you have the feeling that she’s playing hard to get, then you need to use a radically different approach to “getting the girl” than you would normally use. Let’s check it out…

How To Get A Date, Even If She’s Playing Games…

Now you know why women play hard to get, how they do it, and what the WRONG approach to solving this problem is… it’s time to see how to get a date even if she’s playing games. It’s so easy when you remember this…

When she’s playing hard to get, 9 out of 10 times she DOES like you… but DOESN’T know how to handle it. So what does that tell you?

She doesn’t know how to be herself around you, how to feel comfortable about feeling this way about you. It’s up to you to let her know… and you can do that by bursting her bubble the soft way or the hard way.

1) For softies: as soon as she’s acting hot again after playing hard to get, immediately take her into a setting that’s as romantic as possible. Don’t chase her when she’s cold, just take her there when she’s hot. Dance with her, massage, kiss, tell her all the things you like about her, and so on. This way SHE knows for sure that she won’t get hurt again, because of you only being in it for the sex or liking her less than she likes you. Sounds gay? It’s not, because women who play hard to get want to know they can be themselves around you, that you’re genuinely interested, that they’re safe with you. They’ve been hurt remember?

2) For the little devils: if the nice way doesn’t work, then it’s time to show her you don’t accept second class behavior like ignoring you. So if she acts cold? You act colder. If she acts hot? You act hotter… and she will fall for her own game. If giving her a taste of her own medicine still doesn’t work, then you should seriously consider a confrontation. Get her alone and tell her that you know she’s been hurt in the past but that you’re not those guys, you’re you… and if she wants you then she has to act right and be herself.

You’ll probably find yourself being a softie or a devil for several weeks (or sometimes months), but it’s worth it when you get her.

WARNING: if she’s playing hard to get it doesn’t justify you going faggy on her by becoming a desperate, ass kissing wussy… because that kills ALL attraction. If she’s still playing games after several weeks, then ask yourself if you really want a woman with so much emotional baggage. You don’t. I know from experience…

I wish you the best with getting all those women who play hard to get out there, because they’re easier to get than they realize… but let’s keep that a secret shall we? 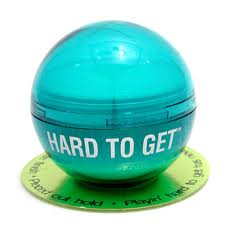 And if you want to know more about female psychology, how to get a date no matter how women test you, and more about improving your confidence so you WON’T get frustrated or confused when women play hard to get?

Then I highly recommend you check out what my Deep Inner Game newsletter is all about.

Right about now this movie whore is going to see himself some Wall Street 2 Money Never Sleeps, because the first one from the 80’s was awesome… so evil… good story… love it!

And when it comes to flicks you can bet your ass that I am playing hard to get myself, because I’ve seen all the typical formula movies: horror, action, chick flick… almost all follow a standard, too damn boring recipe. I like myself some freak mode in the kitchen, so I watch all movies that do NOT follow those stinking recipes!

Movies with a twist see right through me playing hard to get, and so should you… but with women.

I hope this blog post answers that annoying little question: Is she playing hard to get?

P.S. What you\'ve learned today is only the tip of the iceberg of what most men will never know about women and dating. And if you want to know more about how to meet women without much effort, then I highly recommend you get our FREE Inner Game Newsletter right away. Click here now to get more free tricks, tips, and strategies!