27 Ways Of Creating Attraction That Will Get You The Hotties

Every single guy on the planet has probably heard the “best” ways of creating attraction before, ways like “just be yourself” and “treat her like a queen.” There’s nothing wrong with this advice in and of itself, it ain’t bad at all, but there’s a MAJOR but here:

There IS something wrong with the ignorant jackasses who give you this advice about creating attraction, but then can’t explain you how and why it works! And not only does no man or woman explain to you what this kind of advice actually means, no one on earth has ever told you about all the other ways of creating attraction. Until now.

A hot tempered, sarcastic, but wise little bastard from the Netherlands comes to your rescue. And his name is Carlos Xuma. Hi there! He is me and I am him.

Want to know how to attract hotties like the woman below? Then keep reading! 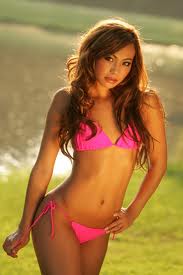 And hey, in case you think you know a thing or two about creating attraction? Think again, because you only know around half of all there is to know about attracting women at best!

27 Ways of Creating Attraction That Get You So Many Hotties

1) Be a pain: women don’t want a man who agrees with everything and who’s always sweet. Frankly, most women have a live that gets increasingly boring over time so they crave drama because it makes them feel alive again. So, you give them drama. Criticize them, argue with them, and so on. Sometimes, attracting women is about giving them their personal Jerry Springer show.

2) Be a pleasure: compliment her a few times on a daily basis and do sweet stuff for her. Works best if you create a contradiction with being a pain: now you’re sweet, then you’re an asshole. The tension created by you doing A now & opposite B afterwards is what creating attraction is all about.

3) Be in need of help: every woman has a maternal instinct. The need to take care of others. Create attraction with another technique first, and as soon as you’re sick? Burned yourself so “you can’t cook”? Broke? Let her know you need help and her maternal instinct and need to prove her love to you will do the rest.

4) Be the anti-prude: there are plenty women who worry way too much about what others and society thinks of them, but who secretly want to stop caring and get down and dirty. Lure them out of their politically correct cave with your sexual confidence and enjoy the super freaks you create!

5) Be different by comparison: if a woman has only known country boys, imagine what happens if she meets a guy like you from the big city! You’re unique, rare, and if you keep talking to her then it’s easy to get a date. Why? Everything that’s different by comparison is new and thus exciting for her so she’s naturally attracted to it. Creating attraction = being the new guy.

6) Be mysterious: don’t tell her everything, don’t always finish your answers to her questions. Attracting women is about leaving something up to their imagination, because the human mind has a tendency to fill in the blanks of incomplete information with wishful thinking. Result: she has to know more, even if it’s just to find out if she guessed right.

7) Be dominant: thousands of years ago, dominant males had a higher chance of survival because their dominance allowed them to claim more clothes, food, etc. as their own. Women who were with dominant had higher chances of survival as a result, so they sexually selected dominant men… and they still do. So lead her, never follow!

8 ) Be manager of her crushed stardom: it’s easy for women to lose faith in their own abilities after a childhood of dreams that never came true. She used to believe anything was possible, but doesn’t believe anymore. Creating attraction is easy here: excessively show her you believe in her dreams and make her ambitious again. She’ll love you for it.

9) Cater to her fantasies: this is the twin brother of the last one. Let her live her childhood fantasies and she’ll love you for it. She mentions she always wanted to be a singer? Give her a recording session in the studio or, less expensive, take her to karaoke and let her sing her ass off.

10) Fulfill her psychological needs: everybody has an unfulfilled need in life, a hole in their system. Example: women who grow up without a father crave a really dominant male with authority who protects them, because it allows them to fulfill their unfulfilled need for a father. Be that guy.

11) Be unpredictable: boredom is the natural born enemy of creating attraction, because tension is the opposite of boring… and attraction is sexual tension. So, always keep the tension going by mixing things up. Be sweet, then a pain in the ass. Do answer the phone, don’t answer the phone, and so on. Being unpredictable keeps the (sexual) tension going. 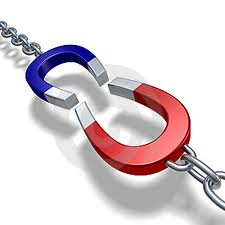 12) Be confident: women subconsciously know that if you can’t even love yourself, then how are you supposed to love them? Plus, not being confident results in getting desperate as soon as a woman does something you’re not used to, you’ll chase her way too hard, and she’ll be turned off. So improve your confidence.

13) Be territorial: this is your house, these are your habits, and if she doesn’t like it or disrespects it in any way? You ask her to leave. Creating attraction by being territorial is all about a certain side of dominance, marking your territory. It’s showing this is mine, I’ll get angry when you mess with it.

14) Be in demand: study after study by scientists has shown that if you’re walking around with a woman, more women than usual will be attracted to you. Women figure that if someone else chose you, then you MUST be sexually attractive so they want you. Plus you’re hard to get because you’re with someone, so they want you even more.

15) Be a socializer: quite frankly, if she sees that you seem to know everyone? She’ll assume there’s much about you to like, otherwise you wouldn’t have so many friends. This makes her curious, plus it shows her you’re dominant in your social circle and dominance is what? Attractive! Don’t kid yourself there buddy: attracting women can be as simple as having social skills.

16) Always bring high energy: most people’s lives, including those of women, are too damn boring. If you bring high energy to the table, you make women forget all about the everyday stuff and focus on letting go for a change, going crazy, having a party! Women want that escape. Ultimate proof this works: Barney Stinson.

17) Make her part of an exciting lifestyle: day in day out, women and the rest of us suffer from routines. Doing the same boring stuff over and over again. And women want out. They want to stop feeling like slaves by doing adventurous stuff, taking risks, and so on. That’s where your awesome lifestyle comes in. There you go: creating attraction can be done solely by being awesome. Comforting thought isn’t it?

18 ) Be her escape from everyday life: related to the one above. Women want to escape from their boring everyday life filled with routines and obligations, to forget all about it. If you help women forget all about their normal lives by taking them to unknown cities, countries or settings (like a mountain like around midnight)? They’re attracted to you because you gave them an escape.

19) Just be yourself: finally an explanation! Men act differently when with friends compared to when with women. If you start acting around women like you do when you’re with friends? You’re being yourself and more attractive, because with friends you’re more open, social, and fun and women want that in a man.

20) Treat her like she’s your bratty little sister: women are used to being chased by men, especially insanely hot ones. They are valued for beauty and take advantage of it. You go against that by pulling her hair, busting her balls, mocking her and everything else an older brother does. This makes you different and harder to get = you’re creating attraction!

21) Be an active listener: quite frankly, most men SUCK at talking and listening. We’re infamous for being bad talkers and worse listeners. Be the one guy that actually listens to every detail a woman says and asks about it later and who talks for hours with her… and she’ll think you were sent from Heaven. Really!

22) Be aggressive about getting physical: these days, men are a bunch of pussies. They don’t dare to grab a woman, who they know is attracted to them, by the hair to straight up make out with her. Meanwhile, women love this physical aggressiveness. If they’re attracted, they want you to jump on them.

23) Be a natural: adults envy the innocence, the spontaneity, and the lack of social boundaries of children. They’re attracted to it. Be the spontaneous, careless, and unpretentious dude and women will be attracted to you because they, too, crave to go back to the time when they didn’t have to go to college and work yet.

25) Be a charmer: if you adapt to a woman’s moods, needs, and wants it will seem to her like you always know exactly what she wants and how to treat her because you give her what she needs. Men are notorious for not knowing what women want, which is why women fall for a man who DOES know what a woman needs here and now 100% of the time easier than saying 1, 2, 3!

26) Be charismatic: being able to motivate people, to lead them towards achieving a common goal, to show ambition, to show passion for what you believe in only with a right choice of words is almost hypnotic to women. It shows strength, power, dominance, independence. Attracting women can be done by each of these separately, which makes charisma insanely attractive. 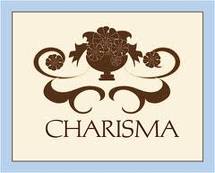 27) Be picky: 90% of all men on the planet settle for the women they can get. Sure, you have demands but sex lets you forget all about them. This makes you easy to get for women and they know it. They’re turned off by it. Be hard to get and you’re different from 90% of the men, which is why women are attracted to you. And besides, they like the thrill of the kill as much as we do.

So, use your new found knowledge wisely!

If you want to know more about ANY of these 27 ways to create attraction then feel free to leave a comment on this blog post… and I will see when and if I can write more about it in the future.

And if you want to know more about creating attraction right now? Then I highly recommend you check out what my Inner Game newsletter is all about, because like the name Inner Game implies: it reveals everything you need to know about the inner part, the psychology, of the dating game.

Alright. Time for this movie junkie to go ahead and watch himself some Paranormal Activity 2. I’m ashamed to admit: when me and my girlfriend Naisa went to watch part 1? We BOTH did a lot of shitting in our pants, because man… that was one hell of a scary movie! Talk to you soon 🙂

P.S. Looking for more tips on how to improve your confidence... or how to approach women, oh so beautiful women? And do you want tips for how to create attraction as well? Then get instant access to more tips by signing up for our FREE Inner Game Insider.