Don’t know how to get a girl’s number? I used to be just like you, but I’ve come a long way! And I want to help you with getting a girl’s number fast and easy.

If you want to know how to get a girl’s number faster than you can say, “Charlie Harper ain’t got SHIT on me!”, then read on and pay attention. Your love life depends on this. 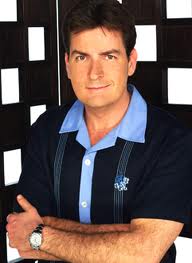 Before I show you how to get a girl’s number as easily as Charlie Harper does though, let’s get some nasty stuff out of the way first.

If someone says women are selective bitches who don’t give their phone number to just anyone, you need to start saying: BULLSHIT!

If someone says it’s all a waste of time because most give out fake numbers anyway, you need to start saying: BULLSHIT!

You CAN learn how to get a girl’s number, her REAL digits, without much effort…

Hell, you CAN get tons of phone numbers even if girls says no at first. How? I’m going to show you how to do it today.

But as with most things in life, there’s a wrong way and a right way to do it.

How To Get A Girl’s Number: The Wrong Way

How do most men learn how to get a girl’s number? They learn they can ask a chick: “Can I have your number?”

If this is the only “technique” you’ve ever used to get a girl’s number, do us both a favor will you? BITCH SLAP yourself right now!

I can almost hear you think: “What the hell?! Isn’t this how to get a girl’s number?”

No, because if you ASK for a girl’s phone number, you’re asking for her permission to call her and that WILL stop you from getting the results you want with women.

And the same goes for all of the yes/no questions that are variations of the one above: 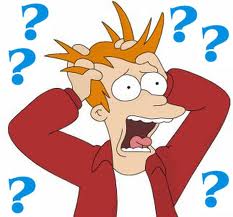 These types of questions SUCK BALLS and won’t ever work when you want to get a girl’s number. And if you want to know why doing this stuff will hurt your results, then listen up…

When you ask for permission to get a girl’s phone number, you’re not showing her ANY sign of confidence. The result?

Women will walk away because of it, because if they wanted a pussy they would have gone to the pet store…

The ladies want guys who ooze confidence, real go-getters who know what they want and go for it. Women don’t want pussies who ask for permission to call them.

By trying to learn how to get a girl’s number and doing it by asking for it?

You simply HURT any attraction you’ve created up until that point, because no one’s attracted to a guy who seems to have zero confidence.

And now you know that asking Yes/No questions when you want to get a girls number is definitely not the way to go, I want to cheer you up a little bit here.

After hearing the brutal truth about how to get a girl’s number I shared with you just now, you’ll be happy to know that there is a way…

There is a way to get a girl’s number that’s successful 90% of the time.

And you’re about to discover the way… the right way to do it.

How To Get A Girl’s Number: The Right Way

So, you’ve come this far and you still want to know how to get a girl’s number? Congratulations!

You’re on the road to becoming a better man (or at least becoming one who gets more women).

So, at this point you’re wondering how to ask a girl’s number. Well, the answer is: you don’t ask. At all. No. You tell her what to do instead.

Want some examples? Here you go:

What happens when you stop asking girls for their number and start telling them you want their digits? I’ll tell you what happens…

You’ll start to sound confident. Dominant. And like a guy who is ready to take control of the situation. And chicks LOVE that.

So in a few words, it’s better to tell women what you want than to ask for it.

On Stalkers And How To Get A Girl’s Number…

One of the keys to learning how to get a girl’s number is understanding what I like to call the “Stalker Objection”.

You’ll encounter the Stalker Objection when a girl is reluctant to give you her digits because she’s had previous experiences with guys who texted or called her every damn day. She lost her interest in them, but they just didn’t understand so they kept on calling. These kinds of “stalkers” creep her out! 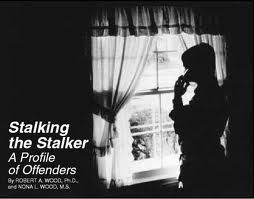 And because these stalkers made her a little scared and made her feel very uncomfortable, she’ll hesitate to give you her number a little longer than usual when you tell her you want her digits.

So, how do you avoid this “Stalker Objection” then? Simple. YOU accuse her of being the stalker because…

Because when you accuse her of being one, you’ll come across like YOU aren’t one yourself.

Think about it: how many nerds bully other nerds by saying they’re stupid nerds?

And now we’ve got the basics of how to get a girl’s number covered, let’s continue and see what you need to say if you want to succeed.

Getting A Girl’s Number: The Right Words To Say

Let’s look at what (in my mind) is the only way to learn how to get a girl’s number successfully. It’s saying the following…

“You know what? I really should get going. Give me your number, and we’ll continue this conversation some other time. But, please, promise me one thing. NO stalking, ok? Don’t send me hundreds of text messages in one day, PLEASE.”

Because it only takes seconds to tell her this and get what you want. Wanna know why this works so well?

First, whenever you say “I gotta go” or “I have to go now”, she’ll know she’s about to lose you. She’ll know you have somewhere else to go.

And this creates attraction. A sense or urgency. She’d better give you her phone number now, or she might never see you again.

Did you notice that you’re not asking for permission by the way? You’re telling her what to do instead. You’re being dominant. Dominance creates attraction. And without learning what attraction is, there is no learning how to get a girl’s number.

And finally, by saying, “so we can continue this conversation some other time”, you’re giving her a REASON to give you her phone number.

Her brain won’t have to deal with all of the logical reasons why she should or shouldn’t give you her digits.

Now you’ve learned how to get a girl’s number, I want you to go out there RIGHT NOW and get as many phone numbers from women as you possibly can.

And another thing to actually go and get it. So go and get it already! Get it and then use my comprehensive list of resources for learning how to call girls so you can kick ass in that department as well.

One More Thing About How To Get A Girl’s Number…

If you want to know more about how to get a girl’s number, then why not get more tips delivered to you an a daily basis?

Simply sign up for my FREE Calling Women and Texting Women Newsletter and you’ll get dozens and dozens more tips emailed to you starting today. Enjoy!

And I hope you liked my tips on how to get a girl’s number.

P.S. Want more awesome tips about what I talked about just now? About how to call women and text women and get a date out of it, and more? Then get instant access to more tips by signing up for our FREE Texting Girls Insider.