Want to know how to approach a girl you like and not become paralyzed with fear at the thought of talking to her? And are you TERRIFIED of approaching girls?

But before I show you how to approach a girl you like though, it’s time to ask tough questions about approaching girls…

– Do you feel you don’t have the courage to step up to a girl you find attractive?
– Are you confused about what to say, even if you would grow the balls to approach?
– Do you freeze, get all tongue-tied and eventually give up when you try to start a conversation?
– Are you so scared she’ll reject you, that you decide to never approach her?
– Do you feel like you can’t take any more rejection?
– Are you clueless about how to approach a girl you like?

If this is you, then I have to say: I know where you’re coming from. I was so frustrated with my fear of approaching girls that I at one time made a sport of throwing things around in my house.

But let me be honest with you: if you don’t face your fear of approaching girls, you’ll never get to know how to approach a girl you like. And you don’t want that, right?

And if you want to know how to approach a girl you like, you must know something else first…

You must know how to approach a girl you like in a way that creates MASSIVE amounts of attraction. And how do you create attraction, you ask? Good question!

If you want to approach a girl you like and get her number, then you must first create attraction by displaying character traits that girls find attractive.

Let me repeat that in a slightly different way:

There is no money, fame, power or any of that other macho bullshit in the real dating game. Why? Because girls are attracted to a man’s personality and charisma. Approaching girls successfully means showing your personality.

And doing that well all starts with a simple question…

Are you one of those scumbags who uses the same line again and again to approach every single girl you like?

Because although the girl you like may be hearing this line for the first time, she’ll know it’s something you use for every girl. That’s why it will never work.

Hint: pick up lines are too damn impersonal. Girls want a guy who’s genuinely interested in them, not a scumbag who randomly approaches chicks and thinks he’s smooth. 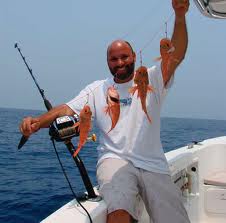 Knowing how to approach a girl you like is not like knowing how to fish man: you can’t throw some lines out there and expect girls to take the bait!

Because what you’re actually saying with a cheezy line is that you think there’s nothing special about her. Because if you would? You would’ve shown a genuine interest by mentioning something you can only say about her.

In other words: you just insulted her. Ouch! That’s not how to approach a girl you like!

The character trait that you’ll be displaying in this case is actually a LACK of character.

So, what ARE the character traits that the ladies like then? But more importantly, how to approach a girl you like through one of these characters traits?

How To Approach A Girl You Like Tip #1: Be Indifferent

Being indifferent doesn’t mean you don’t give a shit about a girl. Dude, that would be the opposite of showing a genuine interest in her now, wouldn’t it? That’s not how to approach a girl you like!

Being indifferent means you don’t attach ANY value to the first thing you say. It means that there’s no life or death situation here. There’s nothing major hanging in the balance.

Men give way too much importance to the first thing that comes out of their mouths. And that’s when they make themselves look like complete IDIOTS.

When you want to know how to approach a girl you like, remember that it’s never about what you say. It’s all about how you REACT to what SHE is saying!

And by being indifferent and making the most of whatever she’s saying, you’re telling her: “Hey, I just wanted to say hi and see if you wanted to talk, but if you don’t it’s ok.”

And girls love that because it creates a much more relaxed atmosphere. You’re making them feel comfortable and like they can just have fun for a change. Now THAT is how to approach a girl you like right there.

Being indifferent about what will happen and about what you say creates attraction, because most men completely focus on what they’re doing (wrong) instead of on the actual hottie they’re talking to. Focus on her, not on yourself.

Are you nervous when you approach a girl you like? If so, then now you know it’s time to unlearn it. Once you do, the girls will come to you. Trust me!

How to Approach A Girl You Like Tip #2: Be The Playful Teaser

If you’re not the kind of guy who naturally makes jokes and teases people, you may have to practice a bit with others, like family members or girls who are just your friends.

Hell, the world is gonna hate me for saying this, but: practice teasing everyone you meet, no matter where you are! The more you practice, the faster you’ll learn.

Let’s illustrate what playful teasing is all about with some examples:

You: “Hey there, what’s your name?”
She: “Emmm…”
You: “Emmm? Please say that’s not your real name because if it is, then your parents should be sent to prison for being SO lazy… that they gave you a letter of the alphabet as a name instead of an actual, real name like normal people have!” 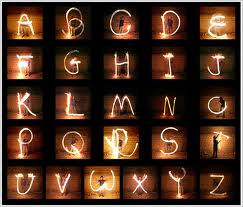 And then there’s making fun of her real name. That’s another way of teasing well and a must know if you want to learn how to approach a girl you like.

You: “Hi! What’s your name?”
She: “Bree.”
You: “Brie? Isn’t that some kind of French cheese? I think I had some at my cousin’s wedding, but it tasted like garbage and smelled real nasty. I hope you’re better than the wedding brie, miss Bree!”

How to Approach a Girl You Like Tip #3: Observe, Observe!

Another great (and very easy) way to approach a girl you like is by observing.

Let’s say you see a girl who is leaning against a wall, with her arms crossed and looking annoyed. You walk up to her and say:

“Let me guess. You’re waiting for someone who doesn’t have the manners to text you to let you know he’s running a little late. Either that, or you are bored out of your freaking mind. Either way, why don’t you come have a drink with me instead? I’ll be your entertainment for the evening!”

Look around you man.

Chances are you’ll see girls who are looking for something, chicks who are lost, girls who look bored, ladies who are trying to get you to notice them…

And all you have to do is approach a girl and use what you have observed about her current status. So talk about how she looks, what you think she’s doing, etc.

“Let me guess. Alarm clock didn’t go off, so you overslept and now you’re late for work. Alarm clocks are little bitches with the worst timing in the world, aren’t they?”

Maybe you’re right, maybe you’re wrong about your observation. But you’ll sure as hell put a smile on her face and have a fun conversation with her!

And here’s another juicy secret about how to approach a girl you like:

The best way to overcome your fear of approaching girls is by doing what works best with fears: you face them, take a stab at getting rid of them, and if you stab long enough they’re gone forever.

So, in a way, getting rid of your fear of approaching girls is much like a stereotypical movie about Italian Americans who have lots and lots of space for human body parts in the trunk of their cars… 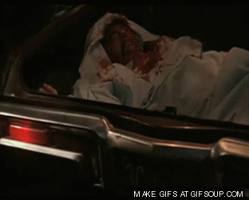 Sorry for the picture I just painted for you, old movie junkie habit. Hehe. But I have to make this lesson on how to approach a girl you like as vivid as possible for you, so you’ll remember it when you need it.

You not feeling comfortable around girls. Around ANY kind of girl.

The more you approach, the more confident you’ll feel because approaching girls won’t be something unknown and scary anymore.

And if you want to discover more about how to approach a girl you like (and trust me: there are LOT more things to know), then gain instant access to more free tips by signing up for the Inner Game Newsletter right away…

Thanks to the insights inside, approaching will become second nature to you.

And before you know it, you know how to approach a girl you like almost with your eyes closed! Hell, it will be easier for you than getting up in the morning. Don’t you just HATE mornings?

P.S. Looking for more tips on how to improve your confidence... or how to approach women, oh so beautiful women? And do you want tips for how to create attraction as well? Then the tips inside my Inner Game Newsletter might be just what you need. Click here now to find out more!