Ways to ask a girl out

I don’t know if there’s a perfect timing for anything dealing with women, least of all when to ask a girl out.

I mean, you never know what her mood will be from one minute to the next, right? 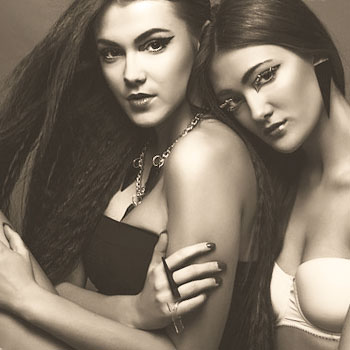 Let’s face it… when you want to ask a girl out, you only have one answer you really want:

How do you ask her out so she will say YES?

We want the no-risk, guaranteed strategy that avoids any chance of rejection or failure. Now, we know that’s not possible, but we still want to avoid the embarrassment of a woman saying no.

There are typically two kinds of guys who ask this question:

Guy #1) Will ask her out eventually, and he usually figures out the timing.

It’s when he finally works his courage up.

Guy #2) Will probably never find the courage to ask her out.

But instead, he hopes that if he analyzes it long enough, she will get around to asking HIM out, therefore avoiding any risk.

First of all, if you just met her, you need to make sure you’ve got the energy going before you ask her out.

One of the biggest mistakes men make is to ask a woman out when he’s barely even started a conversation. 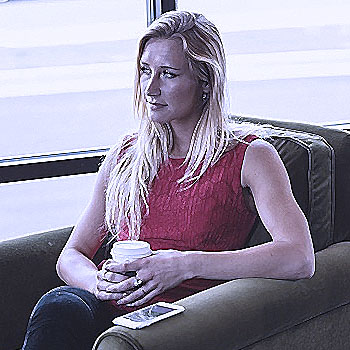 Think of it this way: She’s always asking, “What’s in it for me?”

I know a lot of guys that think women will just go out with you to get the free dinner (which you shouldn’t be offering right away, but we’ll get back to that.)

She actually won’t just say yes. She needs to know that she’s going to have a good time.

So always be tuned into her favorite radio station: WIIFM

What’s In It For Me?

We’re all a little selfish – sometimes a LOT selfish – and she needs to know that she won’t be stuck on a date with a guy who can’t talk about much more than sports stats and radical political opinions.

(You’re not one of those guys, right?)

So the first thing you need to know is if you SHOULD ask her out.

The first question you need to ask is: Do I really like this girl?

Sometimes you get a few minutes into a conversation and you realize that maybe she isn’t such a rocket scientist after all. In fact, the conversation feels like pulling teeth. 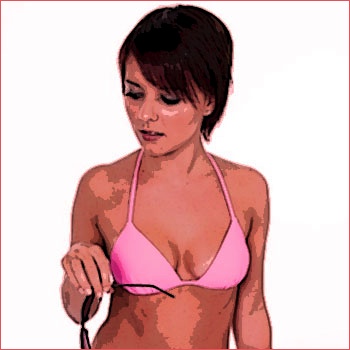 But when she opens her mouth, it lowers her 1-to-10 score by at least 3 points.

As a guy, we often get pulled into the dream and fantasy of a girl based on her outward appearance. We initiate conversations based on her looks alone.

And when we go through that much effort to start a conversation, and even get her number, it feels kind of reckless not to at least go out with her once or twice. Which is when we start sliding down that slippery slope of settling.

And if you’re not getting laid regularly right now, sometimes it doesn’t matter to you if she’s all that likable. You’ll still go for it, and ignore the consequences. 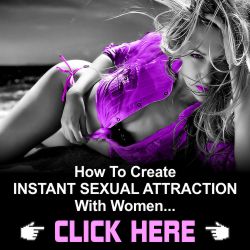 Ultimately, though, this catches up to us. We wind up with a girlfriend that doesn’t really make us happy, and we feel trapped.

We wanted regular sex, but we wound up with a shrew that we don’t like spending a lot of time with.

Don’t feel guilty – every guy does this. And eventually we learn the lesson.

The time to save yourself that pain, though, is right up front. When you’re first talking to her.

Make a quick judgement call – is she a cool chick?

What does your gut say? Trust your instincts – they will rarely mislead you.

Some other questions to ask yourself:

– Does she go out of her way to make the conversation flow?

– Does she balance the topics between herself and you? Or is she a me-monkey with a constant need to steer the conversation back to her?

– Does she seem fun and lighthearted? Or darkly sarcastic? 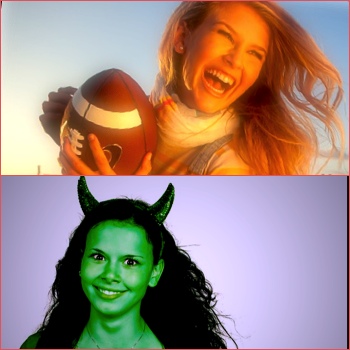 And one of the best indicators of a woman’s personality:

– Does she interrupt you a lot, or does she wait and respect your expression?

You’d be surprised how fast that “interrupt” habit can turn ugly later on.

Remember, some guys marry a woman they really don’t like much just because they got used to the regular sex. And later, when that well ran dry, they found themselves in a truly miserable situation.

So the first question to answer is: “SHOULD I ask her out?”

What’s the next question?

“Is she ready for me to ask her out?”

Remember what I said about getting the energy going in the conversation so that she has a reason to want you to ask her out. She wants to WANT to go out with you – not wonder if she should.

So the best thing you can do early in the conversation is to:

You don’t need to be a standup comic here. All you need to do is get a simple giggle or two that lets her know you’re not a bore. 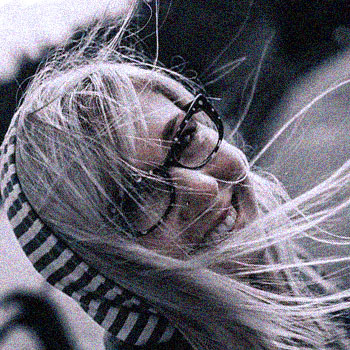 Make a joke about her purse being big enough to sleep in, for example. A good natured tease is all you need.

2) Ask her a question

It requires her to come up with something of substance for you to talk about.

Something like: “So how did you end up shopping at the mall on a Tuesday afternoon?”

And that will serve to …

3) Get her to invest

If she seems hesitant to contribute to the conversation, she’s probably aware of the fact that if she does invest a little of herself, she’ll be much more likely to give you her number and a date. 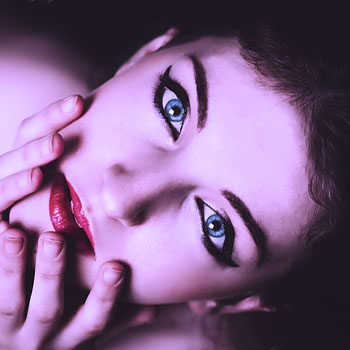 Once you break through this barrier with her, however, you’ll see that it’s practically a guaranteed hook up later on.

Now if you’re still wondering WHEN the best time is to ask her out, consider this first:

What is an easier favor to ask someone:

– Can I borrow your car?

Obviously the first question is much easier. I’d rather part with my front teeth than trust someone with my car. 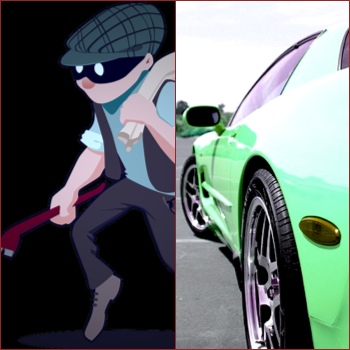 Getting a ride, on the other hand, seems like a much smaller commitment.

So when you ask a woman out, do you think it’s easier to ask:

– Hey, let me have your phone number so we can connect sometime*

– Hey, let’s set up a date when I can monopolize you for 3 hours or so

The principle here is pretty simple: Ask someone for the lowest possible investment to get them on board.

Because once she’s given you that phone number, it’s not as far of a leap to give you the time to hang out.

The principle here is something that Robert Cialdini (an expert on influence and persuasion) calls Commitment & Consistency.

It’s the way that car dealers get you to buy a luxury sedan when you only stopped in to take a look at a Ford Focus. You get the person to agree to some trivial requests, and it’s not long before they’re on board for something much bigger. 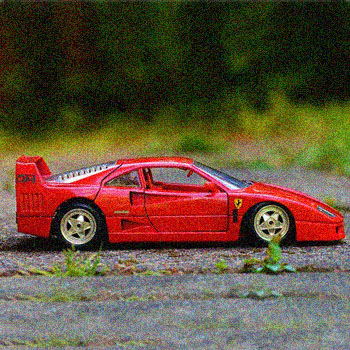 The next one is a pretty simple bit of advice, and you’ve probably heard it a million times by now…

Stay with me here… I know that sounds a bit lame.

After all, what does that mean? How do you “BE” something when you’re not sure how it feels or what confidence even is?

Let’s pin this one down, because that one bit of advice is also one of the worst when there’s no explanation of HOW to be confident.

Confidence is really 95% imaginary. It’s the temporary delusion that you know what you’re doing, and that you’re fully capable of handling the situation.

That means that if you LOOK confident to her, you ARE confident. After all, she really has no way of knowing what you’re actually thinking.

Even the most confident people you know are riddled with self-doubt and fear.

They just do one thing differently: They hide it better.

And the only way to hide it is in confident body language. 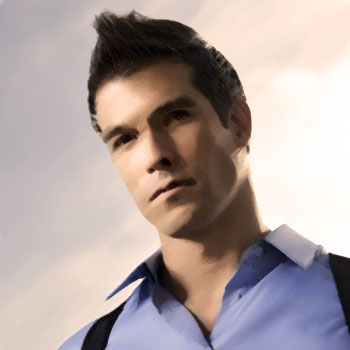 The cool part of this is that if you emulate the body language of someone that’s confident, it has a “backflow effect” of making you actually think and believe you’re more confident.

What is confident body language?

Not so you’re looking down your nose at people, but at least so your head is looking straight ahead.

– Shoulders down and back

Relax your shoulders. Don’t let them shrug up or hunch forward. By pressing them down and back, you’ll also accentuate your chest.

Don’t scan all over the place. Just lock eyes (gently!) with her. 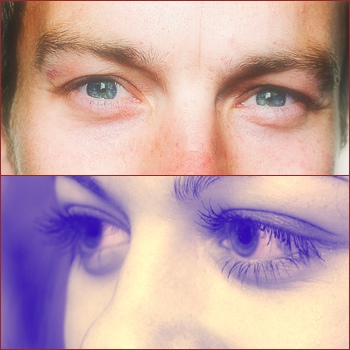 Avoid the “Manson Lamps” where your gaze is too intense and overpowering. Just pretend you’re a little stoned.

That slightly sleepy – but attentive – gaze is enough to give you a relaxed confidence.

Pretend that you’re being pulled up by the crown of your head. It will give you a good inch or two in height, as well as straighten up your posture.

This is one of the most important ways men demonstrate physical dominance, and you can’t ignore it.

So there are a few tips to help you figure out that all-important question of “how” and “when” to ask her out.

And just in case you missed it, I passed along my priceless “Magical Phrase” above*, for getting her number – and the date – later.

In case you missed it, here it is again:

“Hey, let me have your phone number so we can connect sometime…”*

It’s 12 simple words that get you her contact info so you can get the date later.

Use them, and I guarantee you’ll get the girl…

And once you’ve gotten her phone number, you can do so much more than just get a date.

I can teach you how to get attractive, model-quality women to send you naughty photos, call and beg YOU to sleep with them, and reply to your texts IMMEDIATELY. Take the next step by clicking HERE.