How To Text A Girl

John has secretly had a crush on the girl who works at the local deli. He’s wanted to ask her out on a date. 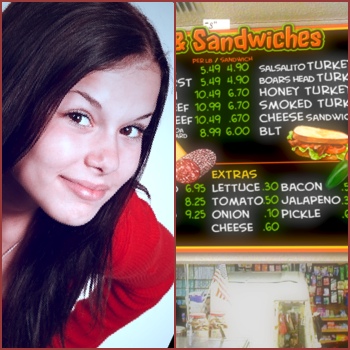 He’s been eyeing her for months, and he finally got the courage to get her phone number.

He called me up last night wanting to know what to text her. Which is interesting because that seems to be the most common question I get from guys these days.

They want to know what to say to her, some funny things to text a girl, how to seduce a girl through texts…

And especially that all-important first text to send a girl.

You want to avoid any kind of text that shows that you’re a Text Slacker. 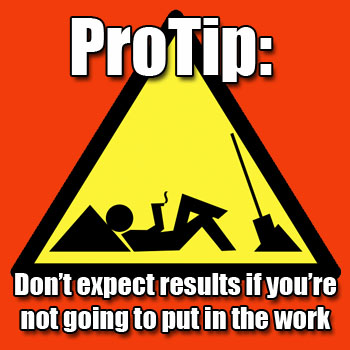 What is a Text Slacker? He’s the guy who barely puts any effort into his texts to women.

Hoping that he’s SO cool that the other person will just gush a response back to him just because he initiated contact. Which is not only narcissistic and arrogant, it’s just douchey. 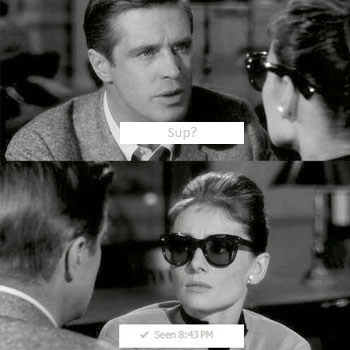 So don’t send one-word “prompter” texts to women. They won’t get it, and they’ll probably ignore you.

Another thing the Text Slacker does is sends too many texts with abbreviations in them.

As a general rule, spell everything out in your texts. It shows that you care enough to move your thumb another 1/2 inch to the left for her.

I know, it’s tempting to take a shortcut. But it’s also terminally lazy, and it will get you blacklisted with women faster than sending an unsolicited d*ck picture.

Oh, which reminds me…

Bad opening move, and bad move in general. Unless your Johnson made the cover of Time Magazine for “D*ck of the Year,” it’s never a good idea to send an image of your junk. 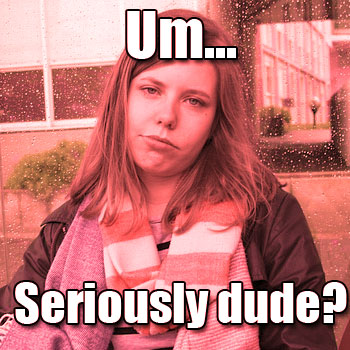 And even then, I’d let Time Magazine’s cover do the work for you, yeah?

(For you guys that will ignore me on this point, never send an image of your boy when he’s soft, either. Women find that particularly pitiful and pointless. Forgive the pun…)

The Text Slacker makes mistakes because his moves all show that he lacks imagination and effort.

He’s a slacker, after all.

And that tells a woman that you haven’t got the get up and go to give her what she needs most: Attention and adoration.

Okay, enough of the “what shouldn’t you text a girl.” Let’s talk about what you should be texting her…

First off, you need to engage her and get her emotionally involved in the first text, or you’re going to really struggle.

The best way to explain this is a comparison.

– He’s been out a few nights, maybe got a number. Or two.

– He hasn’t gotten laid in a while

– The numbers he does get are iffy at best. He’s gotten some friendly responses, but not flirty or sexual the way he wants. The girls could have been interested and flirty when he met them, but they cooled off literally overnight.

– So each phone number he manages to get is like a small flake of gold he managed to pan out of a stream. He wants to make it turn into a nugget – or even a nice juicy vein of precious sex with this girl.

– In short – his attitude is one of SCARCITY. Which makes him very edgy and insecure about texting.

Now your position may be better – or worse – than this, but it’s significantly different than HER mental state.

– She goes out (sometimes – but it’s not necessary for her anymore, as I’ll reveal shortly) and she gets hit on by 20 guys

– Those same 20 guys ask for her her number, and she’ll give it out because she’s not risking anything (her phone is her bodyguard – and I’ll also explain why in a bit) 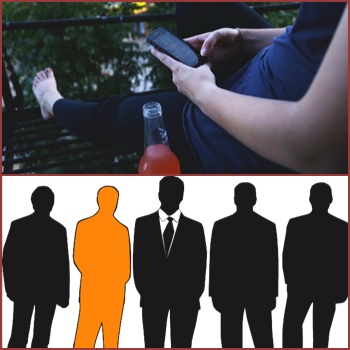 Basically women have an endless stream of boners running through their life. It’s like a sausage festival, and she doesn’t have to do anything but choose.

So you can imagine what her attitude is, right?

It’s one of ABUNDANCE.

She’s not scared of “running out” of guys to get with. So her attitude is like my attitude when it comes to books.

I got plenty of ’em, so I’m never in a scared, insecure state that I won’t have something to read tonight.

Think about that difference in your own life for a minute…

Think of something you have PLENTY of right now, whether it’s clothes or food or even friendships. Think about how that feels to you to know that it’s always there, and it’s easy to get. 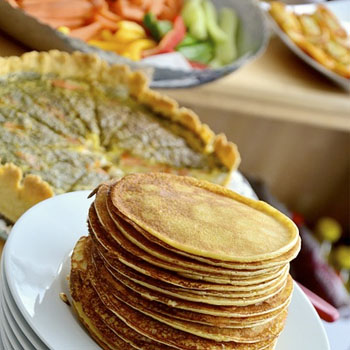 Then take that same attitude and compare it to something you’re not as sure about. Like girls, or money, or possessions. (Not that possessions really matter.)

You’ll quickly see how your attitude is significantly different. Especially if you were asked to give one of what you have few of away.

So remember that when texting a girl – she has plenty of YOU around her all the time. Yeah, I know, you’re special and different – but that doesn’t matter to her if she never gets to discover it.

So let’s work on getting you past her defensive shielding, shall we?

Back to getting her emotionally involved…

You have to kick start her engine with a message that is going to spike her curiosity, and her feelings.

I prefer questions, because it’s hard to leave a question hanging out there. She’ll feel compelled to answer it – especially if it’s a good one.

“Wanted: Nerdy girl for quick video game challenge – you think you got what it takes?” 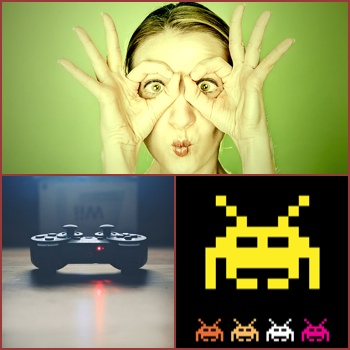 What I’m doing there is a bunch of things. Let’s break it down…

Which is a way of letting her be less than a glamour kitty for me. It says I appreciate a dork, which every woman kinda suspects she is.

– I’m putting something fun and different out there for her to respond to.

3) You think you got what it takes?

Again, another good-natured challenge to her. She’ll have a tough time refusing that one.

So to really have an impact, you want to embrace three elements in your texts:

Each of these brought together will virtually guarantee that she will respond. 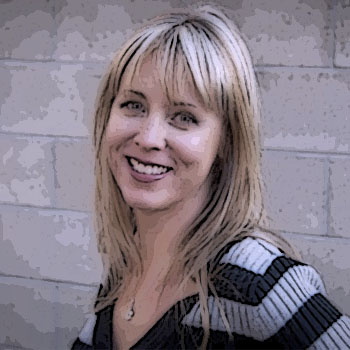 Let’s take another look at humor…

Most guys screw this one up because they don’t understand how humor translates in texts. Case in point, it doesn’t. At least, not very well.

But it can – and should be used – whenever you can.

How do you do it?

The best way is to do it through weirdness and absurdity.

Just put something in where it doesn’t belong and you have wacky humor that most girls will find cute.

“My dog has been asking for your number… Saw your pic on my phone. I don’t think you should see him, though. Bit of a player.” 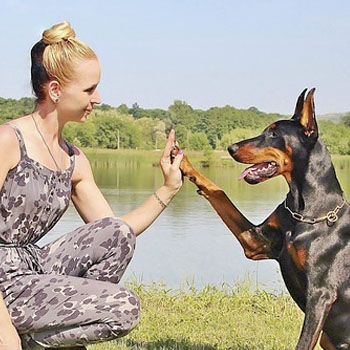 Right there you’ve got an absurd – and yet cute and flattering – situation. Your dog wants to hit on her. She’ll find this funny.

It’s also a kind of a subtle suggestion that this interaction with her is also on the romantic side – not on friendship. In case she was thinking that.

So just inject a randomly weird element in and you’ve got the easy makings of a funny text with her that she will really enjoy.

Now you can take what I’ve shown you here and use it to amp up your texting game.

You see, most women aren’t going out to bars and clubs anymore.

Over half of UK nightclubs have closed since 2005… and that trend is spreading like wildfire in America. 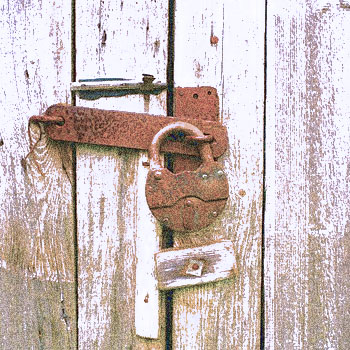 “Tinder has destroyed the live music and pub scene” – The Independent

No one is going out to clubs and bars anymore to meet.

The invention of the smartphone, my friend.

There is a fundamental shift in the way men are meeting girls, and it could hit you like a tidal wave if you’re not ready for it.

I created a quick public service video to explain why this is happening – and what you can do about it – HERE: http://www.attractwomen.com/ignitioncode

Not only can I show you how to DOMINATE with your phone – I can help you avoid becoming a casualty in the most serious threat to men of the last decade.

Date out of your league…