5 Easy Tricks For How To Impress A Girl 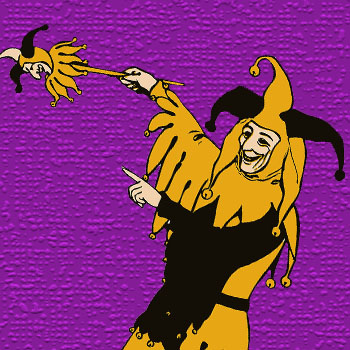 Hey, I’m sure that a lot of guys think of tricks as manipulative and slightly deceptive. But they’re not if they start a conversation you might not have had before.

Or get you talking to a woman you might not have had the courage to approach.

A trick is a trick only when it works at the expense of someone. And nothing I’m about to reveal to you will hurt anyone.

Quite the contrary – it’s a win-win for both you and her.

These are all meant to be simple, no-cost methods of standing out to women.

Impress her – Trick 1: Get her attention.

If you don’t have her attention before you walk up to her to talk, you’re going to have to rely on a wickedly good first impression to grab her interest.

And I hate to break it to you, even the best looking guys make cruddy first impressions.

Here’s a little trick I learned that does wonders for making your initial conversation powerfully compelling:

I don’t mean walk into a party or a bar and yell, “BOO-ya!” at the top of your lungs.

But you want to walk in with a smile, confident body language, and as many people as you can. 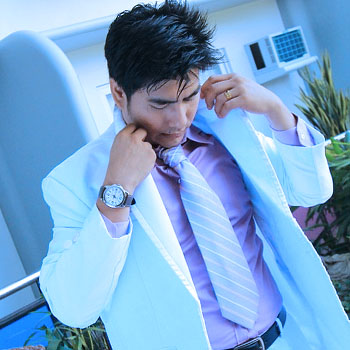 This will create a magnetic focus of attention on you as you come in. It’s always a good idea.

My friend Will used to walk into everywhere he went and point his finger at nowhere in particular, nodding and smiling. Like he’d just been spotted by a friend.

And there was no one there he knew. It was his own personal way of making himself feel wanted and welcome everywhere he went.

Nope. Will got women EVERYWHERE he went.

If that’s delusional, I’ll be a complete lunatic…

Impress that girl trick 2: Give her the triple-play treatment

This is a combo that I use when I talk to women that works like crazy to get women to feel attraction and desire.

First part of the Triple Play: Listen intently to what she says.

Most women are used to guys coming over and talking her ear off, bragging about this and that to make her impressed with how massively cool he is. 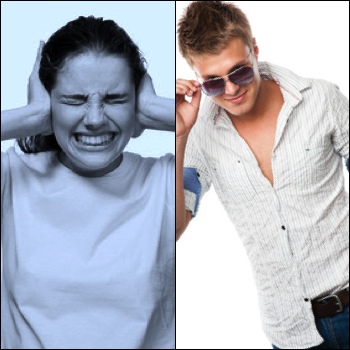 Truth be told, this always works in the opposite direction. It makes women run away.

When you come over and ask a good soul-searching question (spoiler alert: I’ll show you one in a second) – and then after it you just shut up and pay attention to her answer, you’ll be shocked at the level of interest you’ll get from her.

Look at her like you’re figuring her out. Evaluating her as a possible addition to your life.

I’m not suggesting you act rude here, not at all. but you should always be evaluating her in terms of her value in your life.

Most guys are not out there just trying to find someone to sleep with, contrary to what the media would have you believe. Sure, it’s one of the things on your to-do list with a girl, and it sure is a motivating factor.

But the truth is that men are looking more often to find a cool chick they can make into their girlfriend. And that they can have wild monkey love with too.

But when you focus solely on the sex part of the equation, you’re going to miss things about her that you need to see early on. 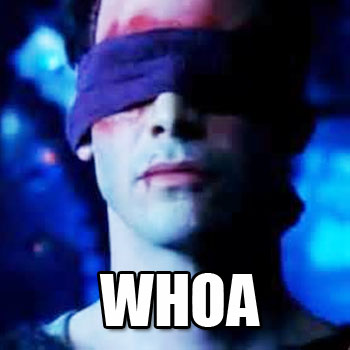 So keep your eyes open and really take a good close look at her – before lust blinds you.

Here’s a little dose of reality for you: Most men don’t evaluate women strongly enough.

Most women are not a good match for you. And if you let her into your life by default – just because she puts out for you – you could wind up in a really bad relationship.

Evaluate her with a keen eye for what works for you…

And the third part of the Triple Play is this: Slow, open body language.

If you watch the body language of most guys, you’ll see a lot of things that broadcast low self-esteem and low self-confidence.

He’s got his hands either shoved into his pockets, or arms are crossed in a guarded posture. He’s rocking on his feet, or nervously looking around like a bird that needs food.

Slow your gestures down.

Let the world come to you – because that’s what confident men of the world do.

HOWEVER – he’s the best of the best to model when it comes to cool, confident body language. Ignore him at your own risk… 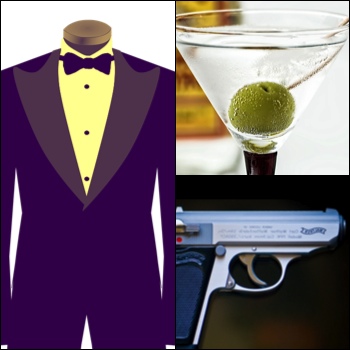 (And if you need a little work on this part of your game, you can tighten it up real fast with my free CD called Badass Body Language)

Impress that girl trick 3: Ask her a question that makes her sit up and take notice.

I’ve been coaching guys for years on my Power Question™ technique. It’s a guaranteed way to impress any woman, and stand out in her mind.

The basics are this:

– You ask one simple question that makes her realize you’re not like “all the other guys.”

I’ve got a bunch of these, but I’ll share one of my best with you here:

“Hey if money weren’t a consideration, where would you be and what would you be doing right now? Besides having a delightful conversation with me, of course.”

This line is a beauty. It makes her think a little – and it also establishes that you are confident in the conversation you’ve started.

And really listen to her answer, because it will tell you if she’s a small thinker or a BIG thinker that deserves a shot at being with you.

The more advanced stuff I teach guys in my talk to women programs… but that’s more than enough to get you into a delicious conversation with almost any woman.

Impress that girl trick 4: Be polite and chivalrous – no matter what.

A gentleman does certain things for a woman that says you’re a man of class and prestige. Again, James Bond is impeccable for this.

Even if the woman he’s with is a total drag, he always finds a way to show his chivalrous side. 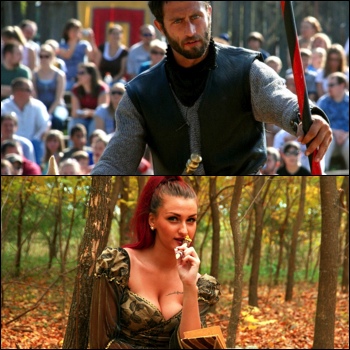 Here is a simple short list of things that men do that impress women:

– Help her with her coat – whether it’s putting it on or taking it off.

– Pull her chair out for her when she sits down. Just don’t make her fall on her butt…

– Open the door for her – or other women…

You’d be AMAZED at how many men don’t have a CLUE about the art of Chivalry, and how it’s one of the easiest ways to impress a woman.

Extra points to you if you can make your chivalrous gesture a part of your introduction. Holding the door for a woman, or letting her go first is a great way to start a conversation.

Impress that girl trick 5: Be indestructible and unshakeable.

I do a lot of coaching and advising. I’ve done it for years, and it’s something I really enjoy about my work.

That being said, I’ll tell you that most guys are … well, they’re pretty wimpy. 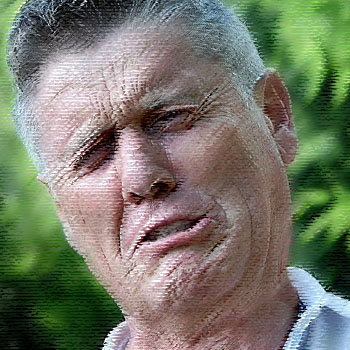 Seriously, most guys would lose their cool if the car they were in got a flat, or if the restaurant he was taking to her turned out to be closed. Or if anything out of the ordinary happened to him.

No one likes inconveniences, I get it. But you have to be made of stronger stuff.

You need to have an air of steadfast durability about you. Like nothing can shake you up. No one can rattle your cage.

Women can pick up on this vibe about you – and it oozes out your pores. It’s also the SECRET to success in life at a level that most guys only play and dream about.

You must be unbreakable.

You’re smart enough and strong enough to deal with anything.

When she thinks this about you, you are literally unstoppable with women. They will beg, borrow and steal just to walk through your shadow.

Now this attitude also includes something that most guys don’t quite understand. Let me explain it with one sentence:

This is what I call the Word Of The Man. It’s a statement of your integrity, and your confidence on many levels. 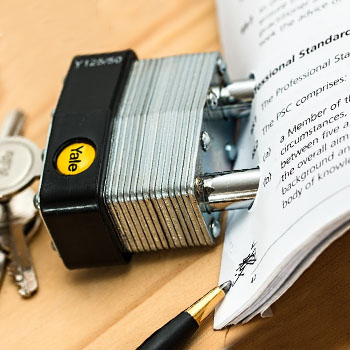 One of the disturbing trends I see today is that no one really takes anything very seriously when it comes to making plans with other people.

Everyone plays it like nothing is written in stone, and you should always be on the lookout for a better offer at all times.

Which leads so many people to come across as fake and insincere.

Early on, I made a decision that there was something I wouldn’t sacrifice when I started dating: I wouldn’t give up either my dignity, or my character just to get laid.

It’s worked out really well, let me tell you. I’ve had women who initially blew me off come crawling back and literally beg for a second date. 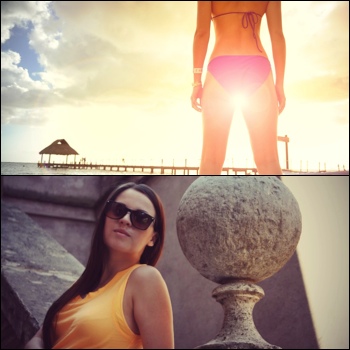 I turned them down for the same reason I turned her down in the first place – even if I probably could have gotten her into bed.

In fact, I’ll wager that I could have had twice as many overnight girlfriends as I did if I’d just put aside my own strict code. But in the end, I’m glad I didn’t make that bargain with the Devil.

You get to make one choice in your life that will determine the height of your success and the altitude of your attitude: What will your character be?

If you can ask that question of yourself, and then answer it, you’ll see why mere pickup tricks cannot stand up to the incredible power of being the Alpha Man.

If you’d like to discover the secret behind this level of confidence and power with women, I have something that will change the game for you – for life.

And for the better…

Finally, date out of your league…