Meeting women online is easier than you think. Then why does it seem to be so hard for you? Allow me to explain. It’s easy, if you know the rules.

And no. No guy is born with the rules of meeting women online installed in his brain. It’s not like one of those apps that comes with your smartphone dude.

And knowing how to meet women online is NOT an app you can download in 10 seconds either. It’s a skill, and like any other skill, you’re gonna have to practice it to master it.

But here’s the good news amigo: once you master this skill, there’s no turning back. It’s a one-way ticket to online dating success!

The only way you’ll ever have this online dating success though, is if you don’t make some very costly mistakes. By costly I don’t mean they’ll cost you money, no I mean they’ll devour huuuuuuge chunks of your time and self-esteem.

This is why I call the 7 things you’re about to discover deadly mistakes: if you don’t prevent them, they may kill and completely annihilate your chances of successfully meeting women online… like the tidal wave in the Deep Impact movie does to New York. 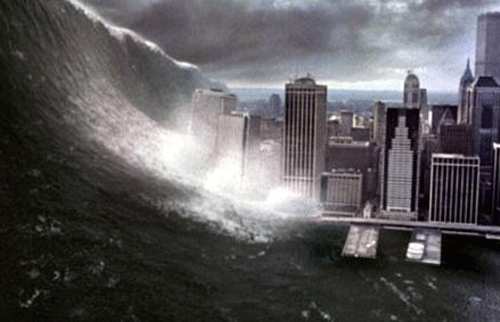 Meeting Women Online: The 7 Mistakes That Kill Your Chances

Mistake #1: Attaching Your Self-Worth to the Outcome

Probably the biggest mistake you could make when meeting women online is believing that there’s something horribly wrong with you, just because you had no luck during your first few tries.

Dude, the only thing that could possibly be wrong with you is that meeting women online is a skill you have not mastered yet. And there’s nothing wrong with that.

We’re not born with an online dating app or microchip in our brains, remember? See your failures as opportunities for learning, not as a reflection of your worth as a man or a human being.

Meeting Women Online Mistake #2: Wasting Your Time On A Lost Cause

It’s ok to find out why a woman hasn’t answered yet, but it’s NOT ok to spend way too much time on a woman who’s a lost cause.

Lost causes are those women who:

– Have not replied even once, despite several attempts to get her attention

– Have stopped replying to your messages

– Have already become your “friends”… and with that I mean you’ll probably never go on a date with them because you’re their pen pal now!

– Have shown they’re simply not dateable: they’re crazy bitches who overreact, scream, shout, stalk, or who are a couple nuts short of a fruitcake (= they’re insane!)

If you must waste your time on any of these women, then you’re only getting yourself a date with disappointment my friend. Why waste your precious time on a lost cause when you could be meeting women online who WILL pay attention to you?

If you think you’ll try meeting women online just because you feel too shy or too uncomfortable doing it in the real world, then you’re in big trouble.

Meeting women online is just another way of making initial contact with women, but it in no way replaces asking for their phone number and going out on real dates.

If you have all your conversations online, then you might as well be pen pals. But you don’t want that, right? Right!?

Fewww. You had me worried there for a second man.

So, let’s be clear here: You’re gonna have to get your ass off of your chair sooner rather than later if you want to be successful with women in real life. Yes, even when you’re shy! 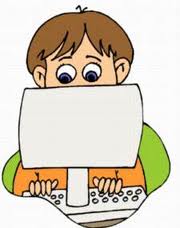 Mistake #4: Not Being Willing to Make An Investment

If you think you’ll start getting numbers and dates online within days, then you’re wrong. You have to be willing to commit to the long term gig, just like playing basketball for three days doesn’t make you a Michael Jordan.

This means investing an hour a day for a few weeks before you start seeing results. Spending time every day on responding to women’s dating profiles and on writing your profile for dating.

And if you can’t take an hour of your time every day to improve the way you talk to women online?

Then at least understand why you’re not winning with women: it’s because you’re lazy.

How To Meet Women Online Mistake #5: Not Having a Plan

Would you run blindly into the battlefield with no idea of where the enemy is, no weapon, NO PLAN? No? Yeah I thought so. The only guy that’s crazy enough to try is named Rambo.

You need to know how you plan to get the girl. Do you prefer calling women over emailing them to ask them out? Or do you like to go from Instant Messaging to a date?

In short, you need to have an idea of how you’ll go from talking to a woman on site XYZ… to a date. And once you go for calling after meeting women online, then asking them out over the phone afterwards?

Have no regrets. No feelings of being insecure and worthless. Stick to the plan till you get what you want. Always remember that meeting women online is a skill you’re trying to master… and practice makes perfect!

Do you start talking to a girl online while hoping to make her fall desperately in love with you? Do you want to get her approval, attention, or love? Or are you already fantasizing about what she’s like in bed?

Although skipping to the end might seem tempting, everything has a natural process. And it’s no different with meeting women online. You have to take it one step at a time.

Let things escalate to their natural next level. Focus more on enjoying the moment and creating attraction until she won’t be able to resist.

You’ll know when it’s time to get her phone number and when it’s too late. Trust me. But even when you do get her number, can you do me AND yourself a big favour?

Don’t fantasize about a woman being your girlfriend and getting married with you until you’ve been on AT LEAST 10-20 dates, or until you’re 40 years old…

If you want success when you’re meeting women online, then you need to be willing to go the distance. Willing to check out samples of dating profiles so you can improve your own dating profile.

This involves sticking to your plan, dedicating as many hours as you need, following through, and above all not being a pussy when things aren’t going your way.

And remember the old saying: if at first you don’t succeed, try and try again!

And hey… don’t go all depressed on me after reading this blog post, because the future is NOT a dark and extremely negative place where success is impossible.

Research has shown that 90% of the men who try meeting women online quit within 3 months because of a lack of results… and all I wanted to show you today was where that lack of results comes from:

A lack of persistence, and not serving yourself a king size portion of the freaking truth! 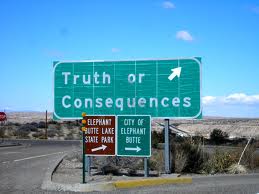 Persist and you win, no matter if you try your luck at meeting women online or become the next Michael Jordan. Why? Because how can you beat someone who never quits? That’s why.

P.S. Want more free tips about what I\'ve talked about today? About how to meet one woman after the other, after the other... after the other - while barely lifting a finger? Then click here now to check out my Dating and Seduction Tips Newsletter.