Asking A Woman Out And Always Getting A Yes: How It’s Done

The reason men are TERRIFIED of asking a woman out is that they think there’s no way back when she says no, but there is. You can ask her out and hear yes…

Almost every single time you’re asking a woman out. Why? There are multiple reasons why. And guess what? You have the privilege of hearing them all today, in this blog post!

Because don’t you just HATE it when you put so much time into getting to know someone, creating attraction, and then when things come down to asking a woman out she says “NO”?

If you answered “YES” once or several times, you’ll be happy to know that there IS a quick fix for all of it. There IS a quick way to start asking a woman out and actually get date after date… after date with her AND as many other women as you’d like to.

Wanna find out what it is? Then keep reading my friend!

Asking A Woman Out: Why It’s Wrong To Begin With…

The dating game gets crazy sometimes, counter-intuitive, because when it comes to asking a woman out? The best way to ask her out is NOT asking her at all!

Allow me to explain good Sir. When asking a woman out, you’re asking a yes/no question:

“Hey, do you wanna go out with me some time? Would you like to go on a date with me?”

And, pardon my French here, it’s stupid as hell. This way of asking a woman out is bullshit, because why ask a yes/no question when you know it makes the chance she says “NO” a staggering 50%?

Why ask a woman out, which is tough enough as it is, and also give her an easy way to talk herself out of it? To give you an excuse? There’s a much better way dude..

And it’s using an imperative sentence, which is a sentence that gives advice or instructions:

As you can see, you’re telling her what you want to do with her. There’s no easy way to say “NO” then. Plus, by using an imperative you’re dominant. And dominance has been attracting women since I don’t know how long for various reasons.

In short: when asking a woman out, don’t ask, but tell her. Want some more examples of things you can say to ask her out? Then pay close attention to what’s coming next!

Asking A Woman Out: Great Things To Say

Alrighty then. It’s time to give you a long and legendary collection of things you can say to ask her out. Shall we?

When you’re calling her: “You know what? Let’s grab a cup of coffee soon like normal people do, because I’m not fond of you stalking me on my phone so much.” 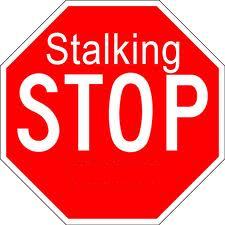 When you know a cool place to hang out (a coffee place, lunchroom, restaurant, club, doesn’t matter): “You know what? I know this great place where they have the best (coffee/sandwiches/Italian food/Latin music/etc.) in town. Let’s go there!”

When you’re feeling adventurous: “Tell me: what’s one of the craziest things you ever wanted to do? Better said: what have you secretly always wanted to do, but didn’t have the balls for to actually go and do?” After she tells you, take her there!

And if you’re wondering why you should challenge her to do something “scary” when asking a woman out? Here’s a simple answer: it’s a date she won’t forget. EVER.

Plus, it’ll probably be an active date, and what do women want to do after working up a sweat? Take a shower and freshen up. At your place OR hers, know what I’m saying?

Do you like my tips for asking a woman out so far? You do? Awesome! But things are about to get even “awesomer” my friend, because let’s be real here…

Up until now, a woman can still say no. What do you do then? I’ll tell you what bro!

Successfully Asking A Woman Out, Even AFTER She Says “No”

Why? Because when she says “NO” when you ask her out… she doesn’t want to go: Tell her you promise you won’t try to kiss her a million times on the date, then stalk her for weeks, and then wake her up in the middle of the night with angry or creepy phone calls… but that she has to promise you the exact same thing if you’ll take her to some place nice.

If you don’t see the obvious playful teasing here, then I don’t know what you saw. Trust me, this one works amazingly well.

Let’s continue with even more ways of asking a woman out successfully, even if she refused the first time around…

When she says “NO” because… she has other things to do: tell her that she knows doing all that other stuff is incredibly boring and that she knows she’ll have a much better time with you.

By doing this when you’re asking a woman out, you’ll show her you’re confident. Almost TOO confident. It attracts women. And even if she still says “NO”, it’s very likely that when you ask her out several days or whatever she’ll say “YES” because you showed her you’re far from desperate and insecure.

When she says “NO” because… she wants to go to random place XYZ: Ask her “Awesome! When are WE going?” You’ll be surprised what happens next.

Because when you’re asking a woman out this way, you can get answers like “Wow! You really want to come! Oh that’s great! Be there at such and such time.”

This particular technique for asking a woman out got me on a vacation with a smoking hot chick who’s now my girlfriend. What more proof that it works do you want!?

A Quick Recap Of How To Ask Her Out

To make sure you remember all this, let’s do a quick recap of asking a woman out:

– Don’t ask her out, but tell her using an imperative like “Let’s…”
– Invite her for a cup of coffee like normal people do (if she says “NO”, she’s not normal)
– Get her excited about your favorite place to hang out and offer to take her there
– Ask her to choose one of two places, then take her to the place she didn’t pick to tease her
– Take her on a date where she has to do something she’s kinda scared of
– Got a “NO” when asking a woman out? Promise you won’t stalk her but she needs to do the same
– When she says “NO” caus’ she has other stuff to do, tell her you’re more fun than that stuff
– When she says “NO” because she’s going somewhere, ask her when “WE” are going

And if you want more FREE tips for asking a woman out, or what to do on a date, then I highly recommend you check out my Inner Game Newsletter.

Then my Newsletter has got you covered, too, so click the link above right now and get those tips.

And as I’m going to ask my lady Naisa when “WE” are going to Belgium because she needs to go there, I hope you liked this blog on asking a woman out. Feel free to drop a comment!