Good Pick Up Lines To Use On Girls: An Unknown Secret

Everyone on the freaking planet has heard of cheezy pick up lines that never work on women, but you never hear about the good pick up lines. Until now…

I wrote about good pick up lines to use on girls in last week’s blog post, in which I busted the major myths around pick up lines, among other things. But while I wrote what I had to say, I got the feeling that the story wasn’t finished yet…

I forgot all about it AND good pick up lines, until today. Today on my way home in the train, this bodybuilder-like beast of a man seriously tried to pick up a girl… by asking her if she believed in love at first sight and if not if he should walk by again! I couldn’t believe he even tried his luck with that shitty line! That IDIOT!

It was almost as bad as this one: 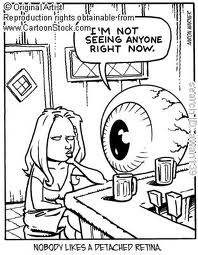 And you know what? I puked a little inside my mouth. That’s how sickening the look on his arrogant face and the awkward silence that followed were… or maybe I’m just sick of the fact that men RUIN their chances with girls by using f*cked up ass pick up lines like the one he used! It makes me really angry…

That’s why it’s time to dig the damn grave of all shitty, lame, tacky, and f*cked up ass pick up lines out there… so here’s the sequel to last week’s blog! This time I will add even more bullets to your arsenal of ways to start conversations with girls.

To use my gun metaphor some more: what follows are bullets that have proven to hit the target with a freaking headshot!

Good Pick Up Lines: The Secret Of Identification

Sigmund Freud, an unfaithful sex addict but brilliant psychologist, was the first to discover and talk about one of the basic human needs. Which need? The need to be recognized by others. What does this have to do with meeting girls and good pick up lines? You’re about to find out…

People want to be identified with certain groups or statuses. It’s called identification. And it’s the reason some lines are good pick up lines, and others aren’t.

The only problem is that people dislike those that talk about their achievements a lot. Think about it: do you like people who brag their asses off all day? No you don’t.

Meanwhile, everyone STILL has the need to be recognized for their achievements… and for who they are. Since we can’t talk about it or we will be disliked and hated, we have to SHOW what we’ve done and who we are. We show and don’t tell. That means girls show and don’t tell.

Do you realize what this means? In case you’re felling kinda blonde right now, here’s what it means…

And don’t worry, because this little rant IS about good pick up lines because:

1) It means girls buy clothing that represents their personality and/or their accomplishments.
For example: the reason why expensive brands like Gucci are so popular to wear is that it tells other people you have accomplished a certain financial status. You can use facts like these to create good pick up lines you can use to approach girls…

Another example: women who wear bright colors like yellow and red are outgoing and show it to others subconsciously by the colors they’re wearing. On the other hand, women who you’ll mostly see with black or brown are generally shy and pretty quiet and subconsciously also communicate that to others by their colors.

Don’t worry, all this talk about basic human needs and psychology has a point. It plays a major part in what good pick up lines are and in how to approach girls.

There’s one more part to explain though… one more thing about how women show and don’t tell their identification… and how to use that to create good pick up lines.

Another example: say you’re inside a girls room and you see she owns a deck of tarot cards. That instantly tells you she identifies herself with people who believe in more than heaven and earth, that she’s exploring her spiritual side, that she’s a deep thinker, etc.

Sorry for the long introduction to identification here, but you need to know this so you understand what I’m about to say about good pick up lines. You need this knowledge before you’ll know…

How To Always Have Good Pick Up Lines Within Reach

Here’s the juicy secret of how to have good pick up lines for when you approach ANY woman: first you observe her identification, then you act on it. Want an example?

Here it is: you’re walking around in your favorite club downtown, drinking some beer. Then you see a cute chick standing there. There near the bar. She’s wearing a dark brownish outfit and although she’s with friends, she’s kinda quiet. What does this tell you about her?

Her clothing has the color of indifference: brown does NOT stand out. Especially in a club where it’s dark… it’s hard to notice. This tells you she doesn’t WANT TO stand out… and for a reason. You can be pretty damn sure she’s introverted, so kinda shy and quiet, and a little insecure.

Use this to come up with a couple good pick up lines!

If I were you I would approach her and literally tell her that she’s in a fun club to be in, but seems kinda quiet and shy and you wonder why. She’ll agree with you. Then it’s only a matter of asking why she’s quiet: ask if her friends brought her along while she didn’t want to go, if she maybe hates the music, etc.

You don’t even have to tease her for it: just ask her why she’s quiet, relate to her, have a good conversation, and ask her number after 5-10 minutes.

A final example of good pick up lines: say you would be in the same club but now the cute chick standing near the bear is wearing a bright red outfit and she has a flower in her hair. Now THAT is an outfit you stand out with.

That outfit is something you get noticed for. My bet: she’s outgoing, she dressed up beautifully to have the best night of her life, she wants to have fun.

All you have to do is approach her and tell her that she looks like she dressed up to have the best (party) night of her life. You can even tease her that if you get lost inside the club that you’ll use her bright red outfit as a point of orientation. She’ll laugh. Then it’s only a matter of giving her a party: dance with her or have a drinking contest, or do other stuff people do at parties.

Moral of the story about how to get with a girl with pick up lines: the best thing to start a conversation with is talking to her about what she identifies with. The previous sentence is the definition of good pick up lines. And if you want to get some phone numbers too?

Then you give girls what they identify with right after your pick up lines. If they look shy and quiet, you have a relaxed, but enjoyable conversation with them. If they look outgoing and in the mood for a party, you bring the party TO them. 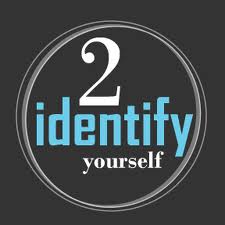 I can almost hear you think: “so how can I get better at knowing what girls identify with?”

Here are 3 tips to improve your identification so you can make good pick up lines on the spot:

– Expand your social circle with female friends, see how they dress, and hang out at their place often
– Whenever you have nothing to do, go outside and do some people watching: guess people’s identity based on what they own/wear
– Next time you approach a girl, first take a couple seconds to observe her clothes… and draw your conclusions

And hey… don’t feel overwhelmed about getting to know a girl’s identification. It gets easier the more you use the 3 quick tips above. And me personally?

And as the end of this good pick up lines sequel draws near, I just want to say: time to play the crap out of this videogame called…Halo Reach! Although I’m a little old to be playing shooter videogames on the Xbox360, I still do sometimes.

Little known secret about me: I’m a bigger nerd than most people believe me to be. I grew up with memories of smacking hell out of the Covenant enemies with a melee attack while playing the first Halo on my old Xbox. So my excuse is I play Halo Reach to bring back those good memories of the past..

And if that does not sound convincing? Screw it, I’m still playing it! I grew up as a gamer so I will keep gaming… as soon as I’ve used my good pick up lines to talk my girlfriend Naisa into bed, hehehe…

P.S. What you\'ve learned today is only the tip of the iceberg of what most men will never know about women and dating. And if you want to know more about how to meet women without much effort, then I highly recommend you get our FREE Inner Game Newsletter right away. Click here now to get more free tricks, tips, and strategies!