This Is How To Text Flirt And Attract Women Easily

Although text flirting is becoming increasingly popular, there are many unknown secrets of how to text flirt and attract women. I’ll share them with you today!

And let’s be honest here: you want, no, NEED to know how to text flirt with women because it’s simply the easiest way to attract them. You can text ANY woman (even multiple women). ANY time. ANY place. All thanks to texting… and try saying that about email or making a phone call.

Anyways, without further ado I present to you my thoughts on how to text flirt and attract women, even if you’re low on confidence or have ZERO experience with texting women:

The Rules Of How To Text Flirt

Before I share the techniques of how to text flirt with you, I want to cover the basics of creating attraction with text messages here. Because without them? Your plan of text flirting will be dead in the water, so pay close attention as I cover the basics…

Contrary to popular belief, attraction has absolutely NOTHING to do with logical reasoning. Attraction is a feeling based on EMOTIONS. That’s why women fall in love with bad boys: it makes no logical sense, but then again, attraction isn’t based on logic my friend.

And, thinking along those lines? When you want to know how to text flirt, you have to evoke certain emotions in a woman with text messages. The emphasis is on TEXT here: you only have text to create emotions with, which may seem insanely freaking difficult right now.

But it’s not. Text flirting will almost be too easy for you once you’re done reading this blog post. So keep reading will ya?

The second thing to remember is that attraction isn’t a choice: if you make a woman feel good about you, even if she disliked you at first or if you’re “not her type”, she can’t reason her way out of it. Why is that again dude? Yep: attraction doesn’t work on logic, but emotions. 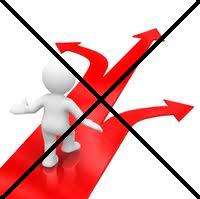 Now, learning how to text flirt starts with understanding that you have to create emotion through text. The easiest way of doing that is by emphasizing words to give them more impact.

Awesome Examples Of How To Text Flirt

Compare these two examples of how to text flirt and ask yourself which one’s better:

Example 1: “You’re having sausages and potatoes for dinner? Interesting combination.”

Example 2: “You’re having SAUSAGES and potatoes for dinner? Interesting combination.”

Do you see the difference here? One SUCKS. The other is text flirting.

The first example is just a plain question. Nothing more. The second one though, it has sexual innuendo written all over it because of one little emphasized word! You’re implying with it that she’s naughty because those sausages aren’t edible, if you know what I mean…

And that’s teasing a woman. It’s letting her know you’re not impressed by her looks, unlike probably every douchebag she knows who tries to kiss her ass into liking him.

(Pardon my French there buddy.)

When text flirting, start using emphasized words whenever you can so the whole conversation becomes more emotional. Stick with the sexual innuendo here. You know, balls, sausages, poles, holes, bushes, hills, sticks, and any other words that can be misunderstood for her giving you sexual hints.

Her (first time she texts you that day): “Bla bla bla”
You: “Hey… you. Who are you again? Are you that chick from last night or one of the triplet from earlier this morning?”
Her: “Oh my God I can’t believe you just said that. You pervert and bla bla bla…”

When you two have been texting for a couple days it’s hilarious to pretend like you lost her number and don’t remember who she is. She’ll think you rude, a pervert, and so on, and then she’ll say you’re mean when you tell her your kidding. And remember: teasing = attraction!

You: “Hey… can I tell you a little secret?”
Her: “What’s that?”
You: “When I first saw you I was like… WOW! She has the most amazing brown eyes. The kind that sparkle and tell vivid stories like they have a voice of their own.”

If you thought you can only create attraction by “offending” women, guess again! Giving a sincere compliment still works really well, IF she’s already attracted to you at that point. Just make sure it’s specific enough and not something you could say to every woman on earth.

Did you notice btw, that I’m using a lot of dot dot dot’s (…) in my texts? I use them like a cliffhanger. To add more tension, and thus emotion, to a text messages. Start doing the same.

And there are many other ways of how to text flirt and attract women easily, so let’s keep it moving shall we?

How To Text Flirt And Attract Women By Being Dominant

Because this blog post is about how to text flirt I won’t go into detail about why dominance creates attraction, so let me briefly summarize it as:

It’s good for the species. When humans still lived in tribes, a dominant male gave a female AND her offspring a higher chance of survival because he could claim more resources as his own. That’s why it’s attractive.

Now let’s look at some examples of how to text flirt by being dominant already:

You: “Have any plans for the night?”
Her: “I was supposed to go to club ABC with my friends but don’t really feel like going.”
You: “Ah that’s BORING! No wonder you don’t feel like going. Come with me to club XYZ instead. It’ll be awesome. I’ll pick you up at 8.”

Instead of asking why she doesn’t feel like going and then asking if she, maybe, wants to join you on your way to club XYZ (a random club) like most men would?

You’re not asking her to come, you’re telling her it’s a good idea to come with you. Not only that, you come across like you’re assuming she wants to see you.

Here’s another example of how to text flirt that speaks for itself:

Her: “When will you be there?”
You: “9 PM. And hey, don’t forget to wear some sexy … (pick a clothing item or color you think would look hot on her), because that would look so good on you!”

Here you’re telling her what to wear if she wants to impress her. The upside of this technique is that you’ll know she’s into you if she shows up wearing what you suggested. 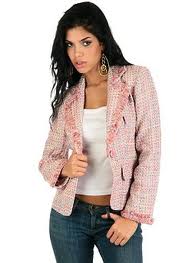 Let’s look at some more techniques for text flirting in the following paragraphs. Did I mention already that I have a HUGE pile of tips for how to text flirt and call women waiting for you inside my free Calling & Texting Newsletter by the way?

If not, then now you know. But more on that later. Let’s move on…

How To Text Flirt And Attract Ladies With A Simple “NO”

Sometimes it seems the dating game is rigged in favor of women, doesn’t it? We as men have to do the chasing, while they get to pick their favorite guy to go on a date with. We chase. They choose.

But did you know that this can be a BIG advantage when you want to know how text flirting is done? How come? Well…

Women have gotten used to chasing men around. To getting what they want from men when they need it. In a way, us dudes are all a bunch of ass kissers. I’m only half joking here! But can you imagine the power of the word “NO” when you, as a guy, use it “against” women?

I can almost hear you think: “Awesome! But how do I use a no then?”

Simple: when a woman texts you with a yes or no question, you say no whenever you feel like it. No, that doesn’t mean you should artificially start saying no just because you want to know how to text flirt dude. It means that you say no for example when she says:

“Can we please go to XYZ? That would be so much fun!” If you hate going to XYZ (a random place), you tell her no. And if she says something you disagree with? Disagree, by all means man.

And if she asks questions about you, your life? If you feel uncomfortable talking about it, then by all means: tell her that nope, you won’t tell her right now.

The result: coming across like you’re everything BUT desperate. Like you’re independent, dominant. You say stuff because you mean it, not because she wants to hear it.

Plus, you’ll always leave her wanting more. To know more about you. To spend more time with you to do it. To text you some more. It’s being mysterious and women like that. It attracts them to you because it makes them feel like there’s more to you than meets the eye.

That’s what creating attraction and learning how to text flirt is all about.

And if you want to discover more ways to attract women with your phone that make getting a date almost too easy, then gain instant access to more free tips right now by signing up for my Calling and Texting Newsletter.

Now if you’ll excuse me, I’m going to watch some more True Blood (I’m suddenly addicted) and this coffee junkie is going to make himself a gigantic cup of coffee. A better term instead of cup would be bucket caus’ my mug is HUGE. Hehe.

Hope you liked my tips on how to text flirt buddy. Stay tuned to the Win With Women blog!

Check out the rest of the How To Text A Girl series.

P.S. Only 1 in 5 women will date you after you get their number, unless you know why the other 4 say \"NO\" and what to do about it. If you want to learn how to get a date with your phone all the time, then get instant access to more tips by signing up for our FREE How To Text Girls Insider.