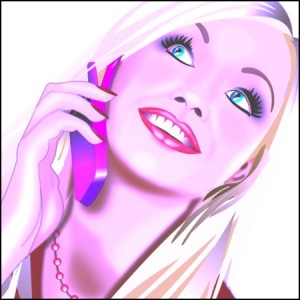 In this age of texting and sexting, one skill you need to have is knowing how to use your phone to call a woman. You have to know how to call her and when to call her to have the best possible phone game.

In fact, if your phone game is tight enough, you can pretty much skip straight to sex without ever having to hang out with her.

One of the biggest problems I hear about from guys is that they can’t text a woman and get a response from her. It’s almost as if she gets off on reading the texts, but never responding.

I was out last week at a few bars, and I met this really cool chick. We were into the same music, and she even liked some of the geeky shows I like on cable.

So I got her number, and I waited until the next day to text her. I just sent her a quick message:

A few minutes go by, and I see on my iPhone that she got my text message (it showed as delivered) and then those little dots showed up that tell you that she’s typing back.

And then they disappeared…!
No response.

And I waited for about an hour before I just gave up on her responding.

I don’t know what it is these days with women and texting, but it’s really irritating to go through all that effort, and then find out she’s one of those flakey bitches.

Why is it so hard to meet women these days?

Texting girls is a pain in the butt.

It seems like girls are delegating all connection with guys over to their phones, and then they don’t reply to texts, or calls…

How do you get their attention?

I can totally relate to your frustration, Nils.

Women do use their phones like a digital personal assistant… 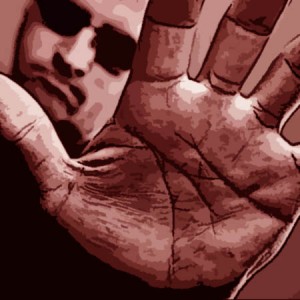 So it’s critical that you know how to break through the wall of ‘boring’ she has to deal with each day. Message after message of drivel that basically shows only one of three things about his personality:

1) The guy didn’t put any thought into the text at all. Which is a recipe for her ignoring texts.

He just sent out the first thing that came to his head.

“How are you doing?”

Think about how excited a hot girl is going to be to answer that. 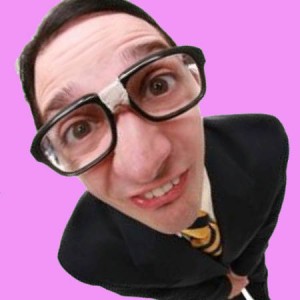 In fact she’s waiting to be *entertained* by guys, not interviewed. So you have to be ready to give better than you expect to get.

Hang with me and I’ll explain how you can overcome that with some easy canned texts you can use anytime.

Most guys actually aren’t actually boring (some are clueless). Usually it’s his fear of saying anything that might ruin it for him that pushes him into sending generic, conversational texts that make her yawn.

After all, you don’t want to lose all this progress because you risked it all on a weird text message, right? 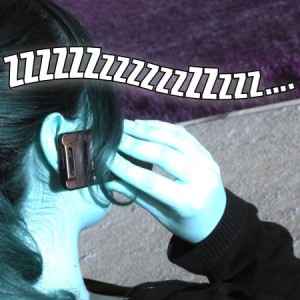 So you send some bland conversational stuff that isn’t interesting. But – you figure – at least you’re connecting with her.

What usually happens is that the interaction turns into a back and forth about stuff that sounds like Small Talk From Hell. She realizes that you’re probably better off in the friend zone as a result.

HER: Yeah, it’s crazy busy, but I love the machines…

HIM: Me too! I’m a big fan of the Ellipticals with the stirrups to hold your feet in

HIM: So you ever do the classes there? My friend says they’re great if you want something different in your workout…

HIM: Well, the other thing about that gym is that they… 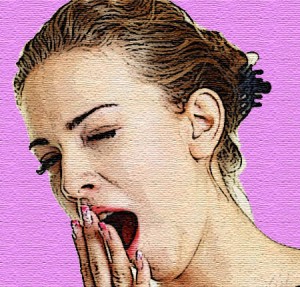 You get the point, right?

You keep bantering about the same topic, it’s going to get old really fast.

Texting is not the place to hold a conversation. It’s a place to create and spark attraction with her as fast as possible.

Oh, and the last thing that most guys show in their texts is that:

3) He’s crude, unsophisticated, and an oaf.

He basically adjusted his weiner, and thought to himself – “Hey, maybe she’d like a picture of it.”

You’d think from the epidemic of dick pictures floating around out there that this was a sound strategy, but it’s not. In fact, women don’t find dicks (erect or not) attractive.

(Honestly, I’m not sure if I think my own is all that good looking…)

And the crude comments and sexual hints don’t usually make women all that hot either.

So in order to really get through, you have to know how to navigate the tricky minefield of good texting protocol.

What I’m going to do is share 3 Texting tips you can use to get through to a woman.

If you’re going to try to flirt with a girl over text, you need to know what to say – and how to say it.

So let’s dig in with the first tip:

Tip 1: When you text her, play both sides of the blade.

Most guys are either too serious with their texts, or they fumble it when they try to send a funny text. 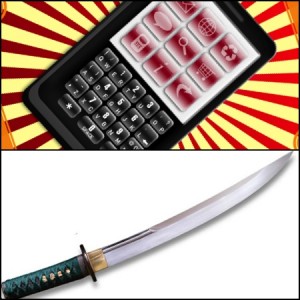 So the best strategy is to send a text that balances a bit of both.

If you have to ask her a serious question, you can always offset it with a bit of humor. And if you know you need to send something a bit funny, you can inject a bit of serious to keep it interesting.

For example, if she wants to know when and where you’re meeting up with her:

HER: Hey, where we meeting up? n’ what time?

You see what I did there? I took an otherwise boring “logistical” text and spiced it up with something fun. And I’m fully prepared to recall that joke again later to get some more mileage from it.

Tip 2: When you text, text irregularly

Again, most guys are so excited to get a text from a woman that they pounce on it and look like they’re Mr. Eager Guy. 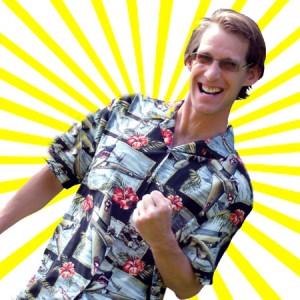 I get it, you haven’t had much action in a while, and this texting feels really novel and interesting. Who could blame you?

But you can’t act like a thirsty man in the desert, no matter how parched you may feel.

When she texts you, step back and take a breath. Rejoice a little that you got a response and bask in it for a while.

Then wait a few more minutes… what’s the rush?

After all, when the roles are reversed, don’t you find yourself on pins and needles wondering “When am I going to get a reply?”

Don’t deny her the delicious fun of anxiously waiting for your reply.

Wait it out, Make her sweat a little…

THAT is how the pros do it.

And when you’re ready:

Tip 3: Use a photo to dial up the fun

One thing that can make a text a lot more interesting is including a photo.

Most phones these days have a camera feature, and even the most low-grade budget ones. So you can grab a decent picture of almost anything. (And remember, pictures of any sexual part of your body are off limits.)

I used to send pictures of my knuckles, the neighbor’s cat, and even my sideburns. 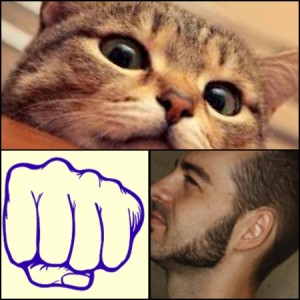 You simply send her a picture of it and ask her a crazy question about it.

It got huge laughs and finally led up to her sending me 3 pictures of her boobs.

Pictures are like letting her in on your side of the story. Without having to say anything, and giving you a chance to really connect in a way that straight texting simply can’t do.

Don’t neglect this under-utilized technique in drawing her attention to you… NO ONE can resist a texted picture. I guarantee it’s beyond her control to ignore you if you use that.

Now, for more tips on getting her to Sext you pictures of herself, and even get her begging you for a booty call, you need to go on to The Next Page –> Click HERE