Dating is a minefield. One wrong step and you feel like you’ll blow yourself up.

Rejection is everywhere waiting to sneak up and ruin your plans. 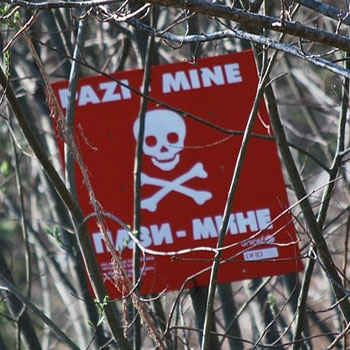 But it doesn’t have to be so hard – or so brutal on you. You can avoid all the pain and suffering of dating rejection if you know how to get a girl to like you.

And most men don’t understand the value in knowing how to use physical touch to get a girl feeling that gut-level physical attraction.

In fact, most guys think that you need to get her interested and attracted to you BEFORE you touch her – which is a HUGE mistake.

It’s the other way around…

Because there are different ways to touch a girl, and each communicates something different…

But one thing is for certain:

In order for her to start thinking about you sexually, she needs you to initiate touch – in the right way. 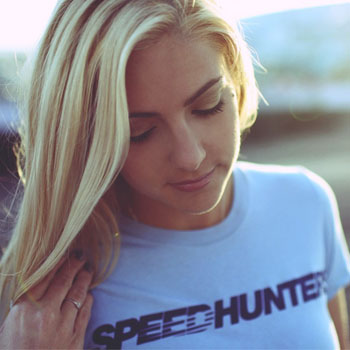 Yeah, you gotta be smooth and natural with it. Because there’s actually nothing that will kill the attraction vibe faster than getting too touchy with a girl too fast.

But if you wait too long, you’ll risk her putting you into the Friends zone.

So right away, you need to make sure she’s in what I call the “touch zone.” This is the place where she feels she knows you enough and trusts you enough to let her touch you at all.

One way you can touch her right away is simply to clasp her hand with yours when you meet her. Don’t shake her hand like a dude – just hold it gently in yours.

Almost like you’re going to do the old fashioned “kiss the hand” – but you’re not. (No, really, don’t. This is enough.)

You simply don’t want to wait TOO long to touch her, and this gets it out of the way quickly.

And the really cool part of using touch effectively with girls is that it has the side-effect of making her more compliant to your requests. She’ll be more in agreement with your suggestions, and you can lead her exactly where you want her to go. 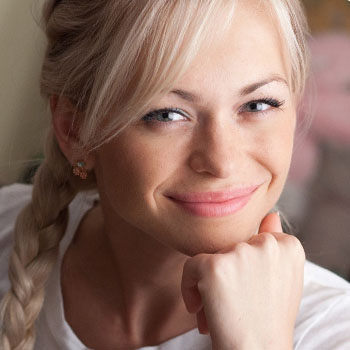 This is because men who touch women are seen as dominant – the Alpha Men of the dating world. And girls are genetically programmed to desire the dominant man.

So when you touch a woman, part of it is meant to communicate that you’re the Alpha of the pack – and she needs understand this message early on with you.

So let’s go over how to touch a girl to create an unstoppable level of desire in her… and get her to like you within minutes.

Get her interested: Touching tip #1 – Be cool, and be casual

The first contact with her should be very laid back and non-sexual in nature.

The beauty of this is that it doesn’t matter what kind of touch it is – it still has the same effect: Her body will release the hormone Oxytocin – which creates a bond between her and you. 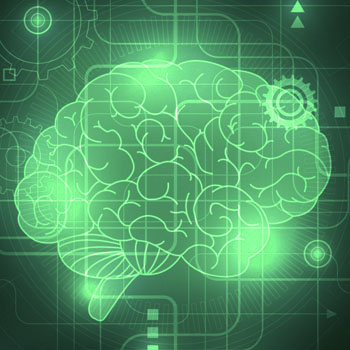 This happens below her conscious level of awareness.

You also want to keep the touch short.

If you lay a hand on her, or brush up on her for too long it will feel a bit creepy. And you always want your touch to end BEFORE she wants it to. That way she will feel attraction instead of a burst of “eww…”

Keep it short and sweet and it will keep her interested.

How to touch a girl tip #2: Mind your targets…

Knowing when to touch a girl is important. But just as important is knowing WHERE to touch her.

There are some hot zones on a girl’s body that you should know about: 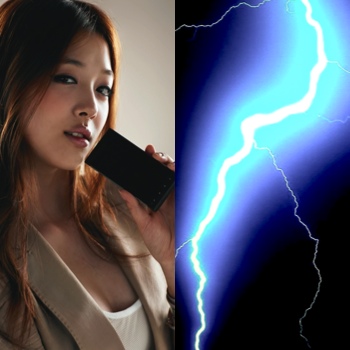 The perfect way to initiate touch there is to simply apply a little pressure with the palm of your hand as you’re passing by her.

It’s most convenient if you’re in a bar or club where the crowd already puts you close together with her. You can use the hustle and bustle as an excuse to move her with your hand.

– Her upper and lower arms:

You can start out by delicately touching her hand.

Later you can work up to her forearm. And then eventually to her upper arms.

Her arms are a fairly inoffensive area that doesn’t feel TOO sexual, but still gives her a sexual charge when touched effectively there.

A word of caution when you do touch her:

For some silly reason, guys tend to want to look as they touch a girl. They watch their hand when they touch a girl – as if they’re saying, “Holy crap! I’m touching a girl… This is A-MAZING!”

Don’t look at your hand as you touch her. It draws way too much unnecessary attention to your moves. It’s creepy, and it makes everything feel unnatural. 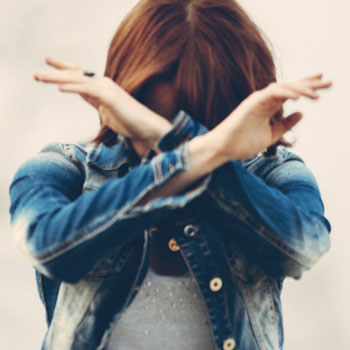 And you also want to be in close proximity when you do touch her. Nothing looks – or feels – weirder than a guy reaching all the way across a table just to touch a girl.

One of the best strategies for touching a girl is to touch her right when the conversation is at an emotional high point.

If she’s laughing at something you said, then you laugh along with her and put your hand on hers. Or touch her on the arm.

What you’re doing is anchoring the emotional peaks to … YOU. 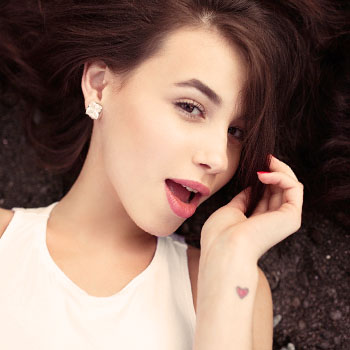 When she experiences something positive, you make sure you’re a part of it. Then she’s going to associate you with it and think of you.

You can also cup her elbow gently for a nice emphasis point.

In the same way, you DON’T want to touch her if she’s upset or experiencing anything negative.

Remember what you’re trying to do with touch:

Remember that you’re trying to touch her just a little LESS than what she wants. This creates the level of sexual anticipation and desire that you need.

Explosive Touch Tip #4: Connect with her when things get serious

Over the course of the conversation, you’ll want to take note when she starts opening up about the personal stuff in her life. This is ALSO a good time to connect with her physically because it will validate her feelings.

It’s a subtle way to acknowledge her deeper thoughts which will make her feel that you “get” her.

Like with the last tip, a well-timed touch in this situation will strengthen your emotional bond with her. That way, her mind will establish a connection between those key emotions and your presence.

Here are some examples of how to pull this off:

– When she talks about a recent accomplishment (like getting a promotion at work or passing a test), offer some words of praise (e.g. “You badass!”, “Hey, watch out, we’ve a got a badass over here!”) followed by a high-five or playful punch to the arm/shoulder.

– Give her a quick, sympathetic “there here” tap on the arm or hand if she tells about a difficult time she had to get through. Say something like, “Wow…that sucks, but hey, at least you got through it.” Giving her a brief, friendly rub with your hand to underscore the moment is another variation that works too.

Remember, this is just meant to punctuate those key moments, so don’t linger too much when touching her. It’s supposed to work as an afterthought, so it registers in the back of her mind without raising any “creep alarms.”

Touching Her the Right Way 5#: Find the right balance

As far as the big picture goes, you’ll have to walk the fine between overstepping her boundaries and being afraid to make physical contact.

One on hand, NEVER be sorry for doing it. If you act like there’s something wrong with touching a girl, she’ll pick up on that nervous energy and AGREE with it.

Don’t give her a reason to feel any shred of doubt when you make physical contact with her. The less you make a big deal out of it, the more confident you’ll seem.

This is single most important attitude to have when touching a girl. The best way to put her at ease is having confidence in the fact that there’s nothing wrong with breaking the touch barrier.

However, you’ll also want to avoid going to the other end of the spectrum. Leaning in too hard into her without a valid reason is going to ruin your chances with her.

The rule of thumb when touching a girl is always having some context BEFORE doing it. Otherwise, it’ll seem out of place and stand out too much in her mind.

Pay attention to her body language cues. If she flinches or doesn’t look at ease when you touch her, you need to work on raising her comfort level during the conversation before trying again.

Joking around and giving her a “hard time” are good ways to do this.

Don’t feel bad or let her see that you’re bummed out about it when she retreats – it just means she still needs a little more time to warm up to you.

However, there is a little known shortcut that will help you bypass ALL of her defenses. Once you figure out how to flip the hidden switch in her head that triggers her Lust Response (every woman has this!), you’ll find it WAY EASIER to touch her.

In fact, she’ll be the one who won’t be able to keep her hands to herself.

But not a lot of men know how to do this. If you’re interested to learn the dead simple way to unleash a woman’s wild side, click here to find out more.