Let’s get one thing out of the way right now…

None of those qualities are bad.

There’s a scientific reason you like those qualities: They indicate youth – and youth means fertility. 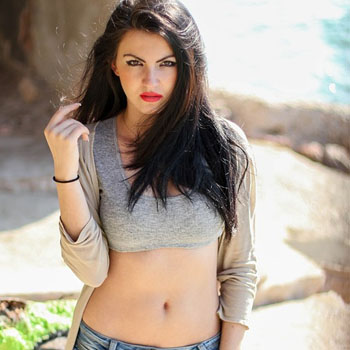 It’s an evolutionary design that WORKS for a reason.

If you hook up with a girl who demonstrates the signs of youth and fertility, you have a greater chance of getting your DNA into the next generation. It’s how we were programmed by Mother Nature.

It’s how men are whipped into sad, defeated puppies that beg for girls instead of showing their noble masculinity.

Even though women are – on average – ten times more socially manipulative than men are.

But let’s get back on track here before I get off on a rant.

My girlfriend is 7 years younger than me.

The accepted formula for how young you can go is supposedly half your age plus 7.

I’m just kidding, of course. Formulas like this are just another way of victimizing men. 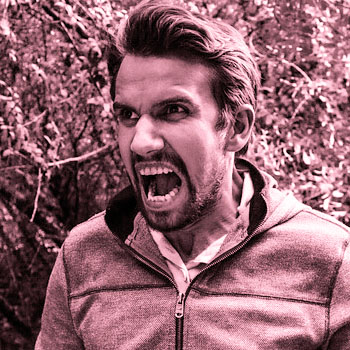 Interestingly, the age of a girl that guys find most attractive is… 20. That’s until about age 60, when I guess guys finally either give up, or realize that a 40 year age gap is a lot to ask. Unless you’re really looking for a gold digger.

So it’s pretty much a universal desire of guys: We’re attracted to younger women.

But here’s something you might not know: Girls are attracted to older men.

She knows that a guy who is more “established” in the world is going to be a better bet to support her. He’ll have had time to cultivate some resources (money).

If she’s going to risk having children with a guy, she has a biological drive to make sure they will have a solid chance to survive.

I know that sounds kind of clinical, but it’s also ruthlessly effective.

So let’s say you understand this little quirk of human mating – and you want to get yourself a younger girlfriend. How do you do it?

Here are 5 ways you can date a younger girl… without feeling like a creep.

The first thing you have to do is get rid of that creepy “pedophile shame” you’re carrying around.

I don’t actually care one bit about formulas or standards. Look at Michael Douglas and Catherine Zeta Jones. 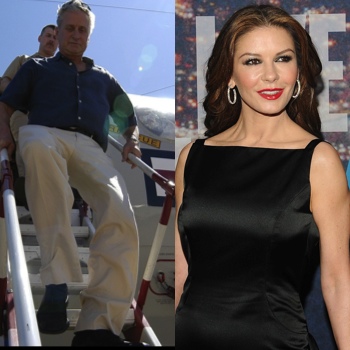 He was WAY older than her when they got together.

There are so many examples of older guys and younger girls it’s ridiculous. So let’s let go of that crap right now.

The truth is that no matter what a girl SAYS (like “ew” or “ick”), she’s lying. She is biologically programmed to want older men.

Don’t let that fool you for one minute.

This outdated taboo should be laid to rest once and for all. Mostly because it makes guys feel like perverts.

Sorry, I got started on my rant again…

Just resolve to make your first step to dating younger women being PROUD of wanting a younger woman.

It’s usually just older, bitter women who don’t understand how to be sexy anymore that complain about this desire. If she wants a younger guy, that’s her option, too.

A woman also knows that an older man will probably satisfy her more sexually, by the way.

So when she goes “eww…” just smile and wink at her. You know the real deal. 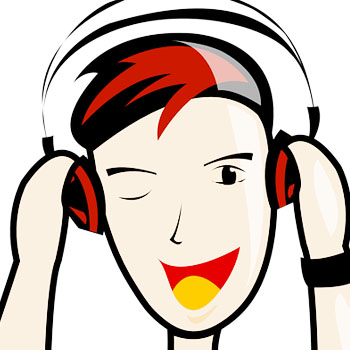 By the way, calling someone shallow because they like what appeals to their eye is actually even MORE shallow. It’s judgy and ignorant.

The next step to dating younger women is to act normal.

I see it all the time… a guy starts trying to be all “hip young dude” to cover up his age. This make you look a lot older than you are, so drop the act.

You don’t need tattoos or an eyebrow piercing.

Just be yourself. Don’t act intimidated and weird just because you’re around a girl you want.

Let her youth energize and invigorate you instead of making you act more weird.

You gotta be cool. 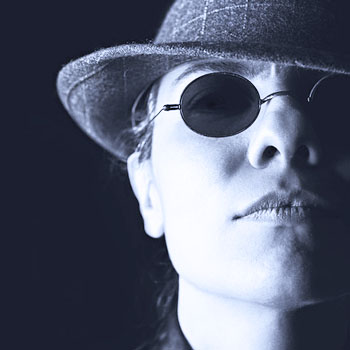 You have to have an air of dignity and calm about you all the time. If she gets you riled up, your ship is sunk my friend.

No matter what she says or does, no matter what kind of drama she throws your way, you have to be frosty and in control.

If she freaks, you need to be stone cold. Sympathetic and reassuring, but you can’t get perturbed by her hysterics.

This also means you can’t be chasing her around like a lost puppy. An older guy has options and stability, something that younger women are attracted to.

When you act like you’re a guy who just fell off a turnip truck and is all gooey with love, you’re going to send her running.

The next step: How to date a girl that’s younger than you – Tease her.

The basics are the same. Just act like she’s you’re annoying little sister. (She will probably already be slightly annoying if she’s in her 20s anyway.) 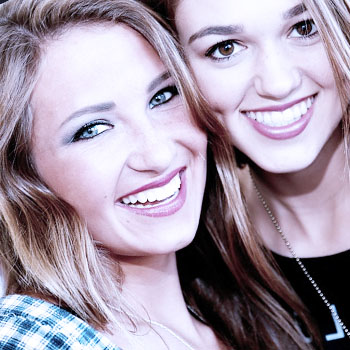 Just make fun of her. Call her on her immature girl stuff that she says and does.

You don’t want to patronize her or be condescending, but you want to carry yourself with an air of authority.

This is the dominance a woman wants from an older guy. She actually expects it.

Keep in mind when dating a girl that’s younger, is that you have to pace yourself. You can’t make a move too soon.

Most women have had an older guy get all pervy on them at some point or another. Most of the time it was wussy, needy guy behavior that would have made him a creep at any age.

But since there are a lot of older dudes out there who still don’t have a clue how to act around women, they poop in the pool for the rest of us. 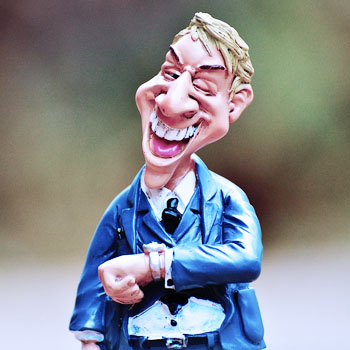 So her past experience is what makes her say “yuck” about older men. Not that she doesn’t actually find older guys sexually appealling.

This means you have to show her the very thing that she needs in a man your age: Chivalry.

Younger guys don’t have a clue about doing the little things that make women moist. 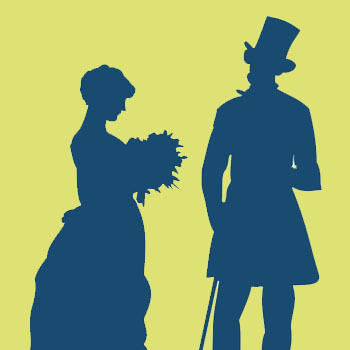 You need to start pulling her chair out for her. Helping her with her jacket.

Walking on the street side of the sidewalk. Opening the doors for her.

I guarantee you the younger guys aren’t doing this, and it’s your ace card up your sleeve when it comes to getting her thinking about you non-stop.

One thing most guys don’t understand very well is how easy it is for a younger girl to fall for an older guy. She can become very emotionally dependent on you.

That means she can smother you fast if you’re not careful. And that takes a lot of the fun out of dating a younger woman.

I don’t care how great the sex is, there’s always a guy who finally got tired of her.

Don’t call her more than once or twice a week. Don’t fall into that needy guy habit of texting her every day, either. 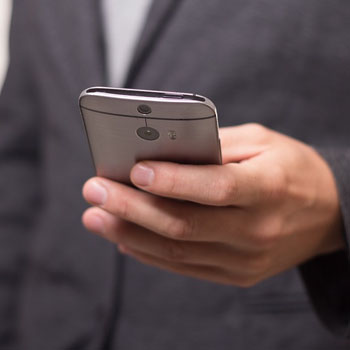 Frequency of contact is the emotional trigger that tells her if you’re her “fun guy,” her boyfriend, or serious commitment.

Plus, you can’t really see her more than once a week at the most, or you’ll risk either becoming boring to her, or she’ll get attached to you way too fast. I’ve seen it go both ways, and it’s not that fun.

You also need to remember that a girl between the age of 18 and 24 is in a state of near constant change. She’s finally growing into being a woman, and she will be seeking to establish her own identity. 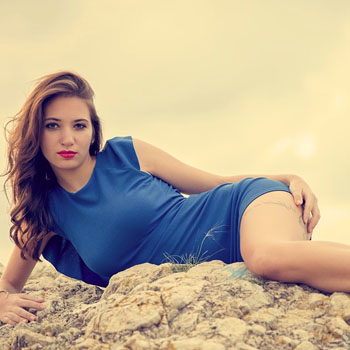 That’s why you can’t meddle in her life or try to daddy her.

She’ll be unreliable, bratty, indecisive, and constantly changing her mind. It’s the nature of this phase of her life.

So you need to know how attraction works. You have to know how women think, and what women want in men.

In fact, if you don’t have a solid foundation understanding women, you will more than likely trip and mess things up. Everything I just explained will back fire on you.

In my Alpha Sexual Power program, I show you the most powerful secrets of creating and keeping a girl in your bed – and in your life.

These are the secrets your dad wished he could have given you – if he’d known them.

You can discover Alpha Sexual Power yourself by going here.

And finally have the attraction skills that will make almost any woman see you as “more than friends.”

Younger girls can smell a real man a mile away. Here’s how to be that guy she wants – click HERE to get started.