How To Text Flirt With A Girl – 7 Text Messages

These days you can’t walk ten feet without bumping into someone whose face is stuck in their cell phone, texting away. And even though it’s illegal here in California, you see everyone on their phones in their cars, too.

Texting has become one of the most important ways to communicate – probably as much as sending an email or posting on Facebook. It’s fast, easy, and immediate.

And it’s also one of the most common questions I get from guys:

“Carlos, how can I text a girl and flirt with her? I want to get her interested and out on a date with me…” 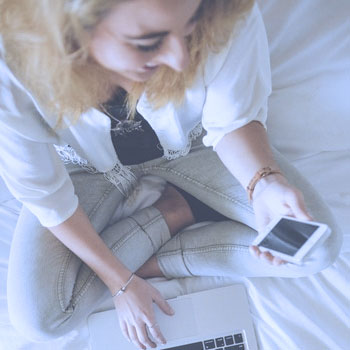 Fair enough. I’ll do my best to give you some high quality examples of texts that I use to spike a woman’s interest in me.

We have to clear something up right away: Your goal for texting girls is not to get her on a date with you.

Your only goal for texting her is to keep you in her mind, and give her a little jellybean of “feel good” each time you do.

The biggest mistake guys make is to text a woman thinking that he’s going to be able to start a whole relationship using nothing but texts.

It just doesn’t work that way. And women get impatient with guys who over-use messages this way.

If the girl likes you already, then you can text her almost anything. But if she’s wondering why the hell she gave you her number, then almost nothing will work.

Good texting is simply a continuation of a good conversation between two people who like each other. 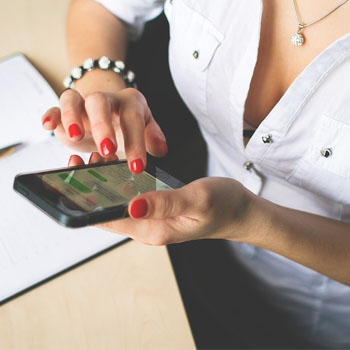 It’s not a means to make a girl like you in the first place.

So with that in mind, let’s dive into 10 text messages you can send to a woman to get her thinking about you…

Flirt Text 1: Her: The Deliberate Misunderstanding

This is one of my favorites, because it’s a great tool for getting her to scramble for a recovery – when she really hasn’t even done anything wrong.

You just playfully misinterpret something she said in a way that makes her look silly, or even like the aggressor.

HER: Are you free to meet up on Wednesday?
YOU: Let’s do it… get together, I mean… not sex 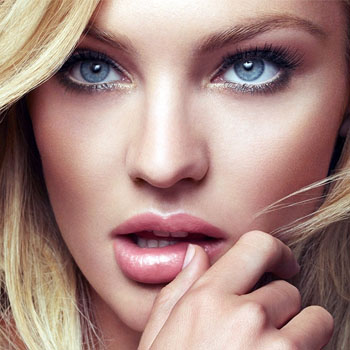 You see what I did there? I playfully misinterpreted her proposal in a way that made her look like she’s being forward with me.

Even though she never proposed it!

Man, I love this stuff…

Next Flirtatious message #2: The Dirty Dream

Women live to be desired. If there’s anything you learn from me, let it be that one vital fact.

And let it steer all your decisions with girls. If you focus on making her feel that, you’ll be surprised at how responsive she can be.

So the dirty dream is a way to get her curious.

YOU: BTW I had the dirtiest dream about you last night… crazy 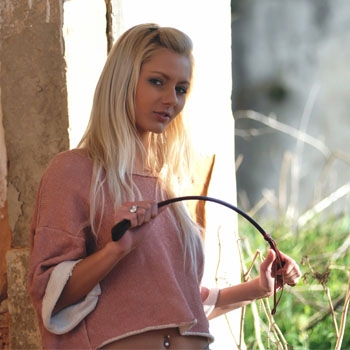 She will ask you about it of course, and you can just leave her hanging on it. When she presses you for an answer – and she will – you can just make up something about you two sitting on the beach in the rain, getting covered in wet sand and seaweed.

Or that you had to stop her from cursing someone out in a parking lot. “What a filthy dream mouth you have!”

You’re breaking the barrier of sex in your conversation, which is an important step to take as early as you can.

And another good text message #3: Brighten her day

Here’s another goal for you: Be the first thought on her mind for the day.

The best way to do that is to send her a little ray of sunshine – in the form of a text, of course.

Here are a few you can steal from me:

YOU: Hey, hot stuff… wear a smile for me today…

YOU: You looked great today
HER: When did you see me?
YOU: I didn’t. but I bet you look great every day. 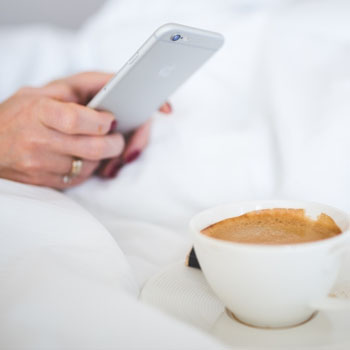 And if you were wincing on that last one because you believe that advice that says you shouldn’t compliment a woman, you’re in for a rude awakening.

If you don’t send her something to at least flatter her a little, she’s going to lose interest. Playful teases only get you so far, man.

Use this one, and you will score major points:

YOU: Hey, I just realized who you look like…
HER: Who?
YOU: Not sure I should tell you this…
HER: C’mon! Tell me!
YOU: You look like Emma Stone… only cuter

Or just pick any actress that’s popular with women.

Yeah, it really does work.

The next text you should send #4: The Good Night Kiss

Yes, on the other end of the day, you should send her a text that finishes her day with a smile. If you’re the first AND last thing she thinks about, you’re well ahead of all the other guys in her life.

Here’s one you can use:

YOU: Sweet dreams… Maybe I’ll be in them.

Close it right – Message #5: Use the conversation ender

A big problem when texting is knowing when to stop. Most guys go way too far and too long.

You want your texts to be short, each of them, of course. But you also don’t want to keep a long conversation going without a lot of emotional back and forth.

So when in doubt, cut if off early. And do it in a way that says, “I’m getting the last word in here.” 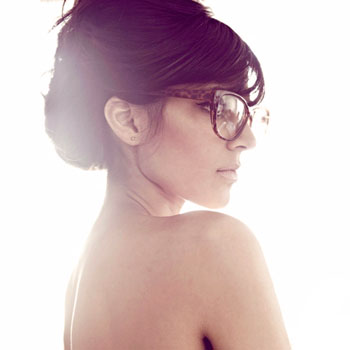 Here’s what I will usually send her:

“Going to bed… be thinking about you…”

Or try this one, if you’ve got the balls: “Going to bed… Think about me later…”

The key here is that even if she texts you back, and even if she asks a question, you don’t respond to her. Let it go until the next day.

The longer you can leave her hanging, the better – because it will crystallize you in her thoughts. She’ll have a background program in her brain that wants the answer.

And that keeps her thinking about you.

Great way to text her #6: The Inside Joke

Some people call this “callback humor.” Meaning that you’re recalling a moment you two shared that she will remember.

When you do this enough, she’ll constantly find herself thinking about you.

YOU: Had a great time last night. Can’t get the image of you doing that funky dance move out of my mind… 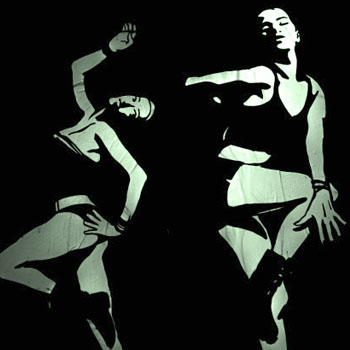 Mention some detail about the date that she can remember easily. Things she was wearing are good, or just some joke you two shared that you can make your private catch phrase.

You want to give a girl an excuse to think dirty, and to misinterpret YOU as dirty. This is like a variation of the Dirty Dream technique – except it puts it completely in her court.

YOU: I just got done with an intense workout, it was so long and hard. How’s your day going?

Now you see what I did there, right? I basically left myself wide open to being misinterpreted.

You’re trying to create a fun and playful vibe.

YOU: Can’t wait to get off work and go to the beach. What time do you get off? 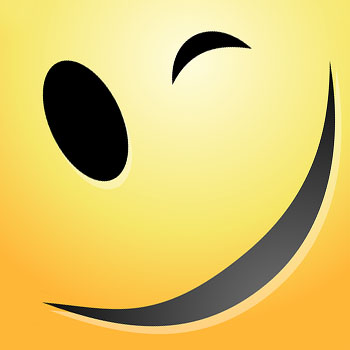 A woman wants the opportunity to break her image of being the “innocent angel.” Let her take your words out of context and flirt with you back.

Then you get to accuse her of being a “naughty girl.” Give her the license to misbehave that she wants so badly.

One of my most copied tactics is the point system. This is where you award a woman points based on her performing to your satisfaction.

It’s like a fish you throw a seal when they do the trick right.

YOU: “So what’s your favorite kind of movie?”
HER: “I used to like comedies, but lately it’s been superhero movies…”
YOU: “Whoah… nice! I like that… you scored 10 points.” 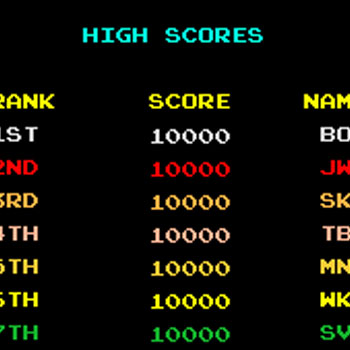 If she feeds you grief:

YOU: “Whoops, you lost 5 for getting all serious…”

The idea here is that YOU are the one with the points to give out, and SHE has to earn them. You let her know when she does, playfully.

Not too serious or she can get offended.

The idea is to communicate that you’re the one who holds the power. Not directly, and not being a dick about it.

But in your world, you hand out the approval. Not run around looking for it.

And if you’d like to discover my stealth text messages that make a woman respond to you – even if she’s ignoring you right now – go check out my new program on texting her the RIGHT way.

This is a guaranteed, fool-proof, all-in-one strategy guide to get past her defenses and excuses – click HERE to start applying it TODAY.