To get a girl on Facebook or to win poker games means using similar tactics, because getting girls on Facebook AND poker are both about playing a numbers game.

Why is getting girls on Facebook playing a numbers game? Because you can’t expect to get a girl on Facebook by sending a handful of girls a message. Attractive girls receive, on average, 30-50 messages a day so the chance to get a reply from one particular girl is far from 100%.

That means that if you want to get a girl on Facebook, then a basic rule applies: the more girls you message, the more replies you get. That’s why it’s a numbers game.

Poker is about playing a numbers game as well: the more hands you play, the more likely you are to win based on experience, knowing the playing style of your opponent, and so on.

I can almost hear you think: “That’s great dude, but what the f*ck has poker to do with how to get a girl on Facebook?”

You’re about to find out, because there are many other similarities between poker and getting girls on Facebook…

Get A Girl On Facebook With Poker: It’s Not The Hand That You’re Dealt… But How You’re Playing Your Cards Man!

When I think of how to get a girl on Facebook and poker, then the first thing that pops up in my mind is: it’s not the hand you’re dealt, but how you’re playing your cards.

You see, you may not be the most good looking man in town…

You may not have your act together (no car, no home of your own, no money, no goob job)…

But when it comes to how to get a girl on Facebook, all that stuff is irrelevant. Why? Because I’ve seen guys with Brad Pitt-like looks and muscles all over the place and rich guys with several cars… screw up so badly online that it would make their mothers cry! 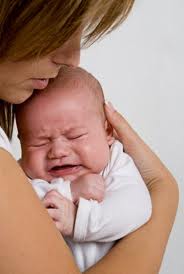 You can get a girl on Facebook without good looks AND with all that materialistic crap, IF you know how to play your cards. Here’s how…

– If you make a fake female dating profile and see how most guys send “her” messages, you’ll know what to do to get a girl on Facebook because it’s everything those guys AREN’T doing

– Attractive girls receive 30-50 messages on a daily basis, but half of those messages don’t have a message subject, 1/4th only say “Hi” as a subject and the remaining 1/4th say corny sh*t (pardon my French) => that means a specific subject about her can get a girl on Facebook for you

– Have you seen the types of messages regular guys like you and me send girls on Facebook? The majority of messages talk about how the girl is so hot and bla bla and none contain stuff you can only say about her => use something you find on her profile to talk to her about

– When you know what type of girl you like, then why write a generic, boring profile? When you write a profile for YOUR type of girl, then you can get a girl on Facebook that’s just the way you like her => use photos, videos, interests and anything else you think your type of chick will like to attract her more easily

That’s how to play your cards to get a girl on Facebook. And last but not least I want to say:

I have met and dated more than 30 girls on Facebook WITHOUT a good profile for dating. Mine only had a couple photos and some random text on there. I achieved success because I played my cards right: I figured out how the online dating game worked and used it to my advantage.

That’s how I learned, for example, that while you focus on sending girls messages? Hardly anyone focuses on commenting on the photos and videos of a girl, so that’s my way in: it’s real easy to get her attention that way.

How To Get A Girl On Facebook Thanks To Poker: Play To Win

If you really want to get a girl on Facebook because you’re lonely, want to meet “Miss Right” or just because you want to be a player who meets dozens of chicks a year…

Then why only put an hour of your time a week into learning how to get a girl on Facebook? As they say in the poker game: don’t play to stay, play to win. 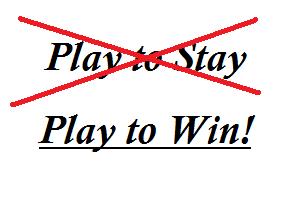 – Don’t just randomly message some girls, but make a list of all the towns and cities nearby (those you are willing to travel to), then message every single girl in your age group that’s your type and lives in one of those places => be sure to use Google Maps to find the villages that you didn’t even know were there!

– Don’t just randomly message some girls, keep track of who you have messaged and follow up if they have not replied in a week. If they still haven’t replied after another week, then message all their hot friends to reward yourself for being persistent. Persistence is what you need to get a girl on Facebook.

– Don’t just randomly message some girls, but find all the groups and interests your type of girl would like, join them, and start chatting up the Group Walls to get their attention…

– Don’t just randomly message some girls, but experiment with what you say and how you say it until you find a method that half the girls you message respond to.

This is how to get a girl on Facebook: going all-in, every single time.

Get A Girl On Facebook With Poker: Know When To Fold

Both when you want to get a girl on Facebook and in poker, there are times where you can’t play the cards you’re dealt and where continuing is just plain STUPID.

Sometimes you need to fold, like when you’re playing poker and your opponent goes all-in and it’s very likely he has some aces up his sleeve. But when do you fold when you want to get a girl on Facebook?

– Facebook is a means to an end. You can talk up some chicks on Facebook any time, but to get a girl on Facebook means thinking one step ahead: you still need to get a date. So instead of playing your cards for weeks online, fold as soon as you get the chance to take things offline. Know what I mean?

– Don’t go overboard when creating attraction to get a girl on Facebook either, because it’s one thing to tease a girl… and an entirely different thing to tease her so much that she feels like a target. Same goes for showing genuine interest: don’t write essays back to her, but meet her offline. Do it A.S.A.P.

– In poker AND on Facebook, opponents can get the best of you: you’re talking to a girl and she mentions her ex and that he’s a jerk and bla bla. That’s subliminal for “I’m still in love with the fool”, so stop wasting your time by stop talking to her. If she mentions that things didn’t work out, now that’s where SHE made the decision to stop seeing him, so then you can keep doing your thing.

Like I said: sometimes it’s better to fold instead of to play if you want to get a girl on Facebook.

To paraphrase Sun Tzu’s masterpiece The Art Of War here:

“He who knows when he can get a girl on Facebook and when he cannot, will be victorious.”

And if you want more free tips on how to get a girl on Facebook with ease, then I highly recommend you check out my Online Dating Newsletter.

It’s crammed with more secrets of Facebook and even specific things to say to attract girls online, so don’t wait and get those extra tips today.

That’s all I have to say about how poker and how to get a girl on Facebook are related. Use your newly found wisdom wisely!

P.S. Want more free tips about what I\'ve talked about today? About how to meet one woman after the other, after the other... after the other - online or offline - with no effort? Then get instant access to more tips by signing up for our FREE Dating Strategies Insider.